The Turf Burger at Billy Murphy's

A few months ago philly.com published a reader-voted "Best Burger in Philly" list.  I'm typically very wary of those types of lists, but the fact that they had 75 burgers from across the city and surrounding suburbs up for a public vote made it slightly more credible. Slightly.  Four of the top five ended up being never-heard-of places in the 'burbs, with the lone Center City winner coming from Village Whiskey.  Since A has temporarily been living in East Falls, we decided we might as well check in on #1: The Turf Burger at Billy Murphy's Irish Saloon, aka The Saloonery.  Extra bonus?  The burger is only $5 on Tuesdays.

The place is the definition of a dive, and the few men at the bar gave us suspicious looks when we walked through the doors. Clearly we weren't regulars.  Thankfully the waitress was nice enough and brought us big pint glasses of water.

We let her know we were just in to try the burger (typically $7.75), but since it doesn't come with fries, we ordered a large basket to split.  Our waitress informed us they were hand-cut, which was somewhat surprising considering the dive atmosphere.  When our burgers were delivered, one of the first things we noticed was the little tag, encouraging us to go vote for the burger on phillymag.com.  If they used a similar tag for the philly.com vote, they may have had an advantage in the competition simply by notifying their customers that such a competition was even ongoing.

The other thing we noticed was that this burger is a beast.  It includes a ridiculously (inches!!) thick Black Angus slab patty topped with bacon, American cheese, fried onions, pickled jalapenos, and a generous dollop of chipotle aioli on a really dense "country white" roll.  Pickles on the side. 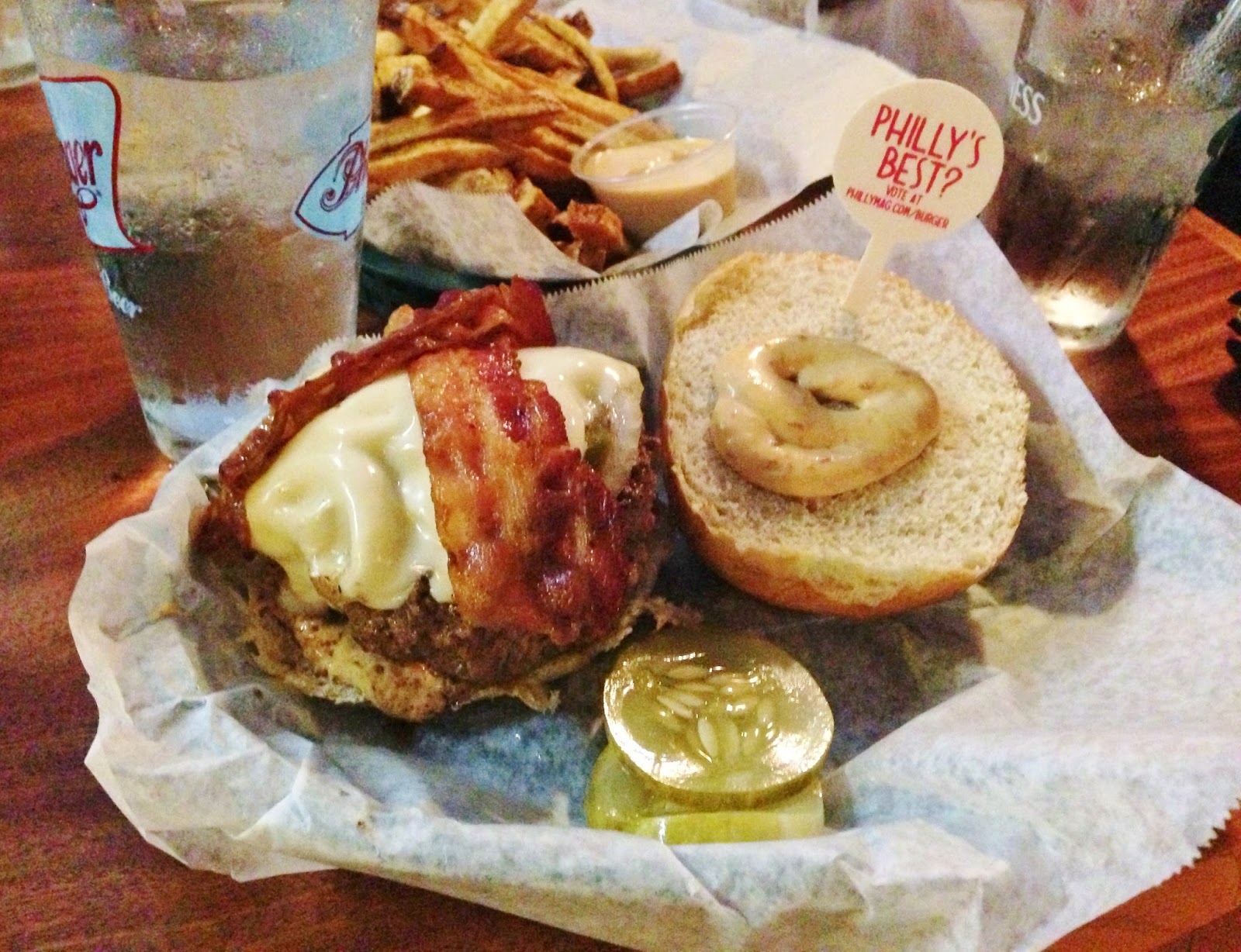 Between the thick patty and the thick bun, eating this required quite the physical feat.  However, we simply pulled out some of the breading from the top of the bun, and it nestled right on top- still intense, but edible.  While the toppings definitely had a lot of spicy pizzazz, the star of the sandwich is definitely that Black Angus. They advertise an 8 oz serving, but I beg to differ- it has to be larger.  Even better, it was somehow a perfect medium-rare throughout, making for a really flavorful, juicy meat without relying on char or a heavy handed seasoning. 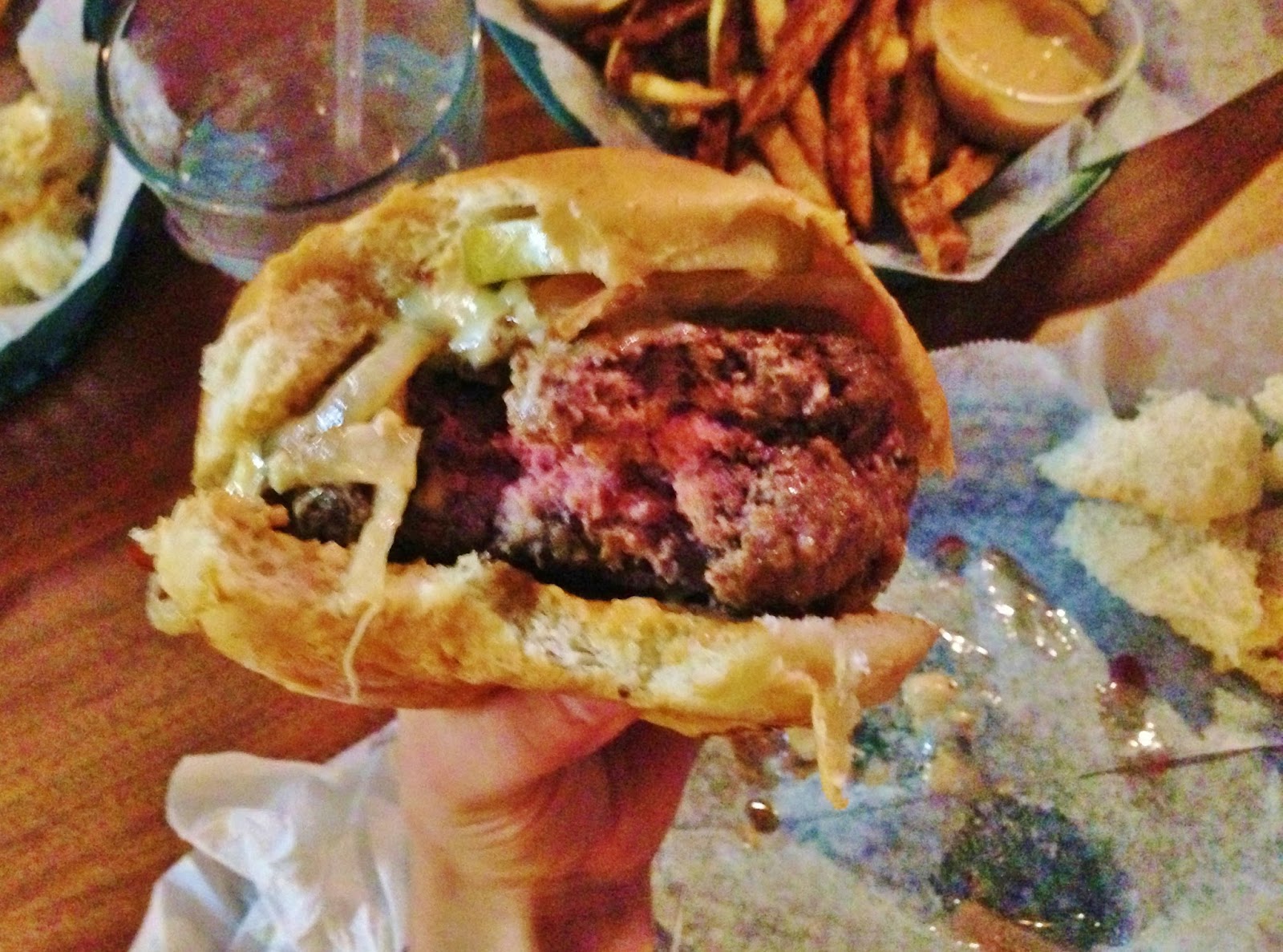 While the burger was very satisfying (as were the fries), it's a stretch to say it's the Best Burger in Philly.  However, it certainly wins the award for Biggest Bang for Your Buck!