This month's book club choice was definitely different than our usual reads.  All of the books thus far have been non-fiction or memoir style, so we decided to change it up and read a fictional story.  Our choice, unbeknownst to us at the time, is a Mexican literary classic, Like Water for Chocolate.  Published in the late '80s, the book revolves around the life and love of a woman growing up in turn-of-the-twentieth-century rural Mexico, who is essentially enslaved by her mother.  Her one passion is cooking, and thus each chapter of the book starts with a recipe- allowing us to continue our trend of  producing dishes from the book to bring to the meeting. 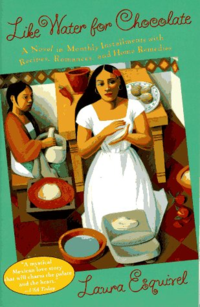 However, the "recipes" in the book involve native Mexican ingredients and are difficult to navigate as measurements and directions are very vague.  Thus, we all took on a dish with a bit of our own touch, just to make things a bit easier.  Guacamole is a must at any Mexican themed dinner, and made a perfect "appetizer" as we all put finishing touches on our dishes and caught up on non-book related gossip.  This rendition included lots of fresh garlic and  jalapeño, with the avocado pit left in to maintain maximum freshness. 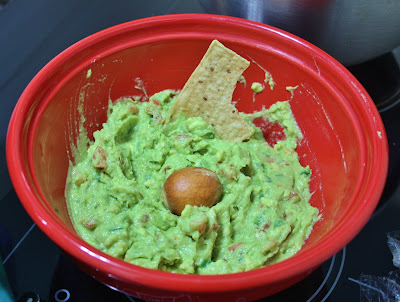 Another not-from-the-book addition was corn kernel-studded cornbread with a bit of a Mexican twist- lots of Spanish spice and some grated cheese on top. J tackled one of the recipes from the book head-on (the only one of us to do so!), choosing the first recipe in the book, known as "Christmas Rolls."  Essentially a sandwich with a meat filling, the recipe calls for a combination of sardines and chorizo, mixed with hot chili peppers and onion.  Honestly, it sounds like a strange mix but was definitely a hit- the hot chorizo was tempered by the salty sardines, and the fishiness of the sardines was certainly toned down by the spices from the chorizo.  Served on a crusty wheat roll, it would make a perfect quick lunch- plus, it's even better the next day as the juices from the meat have a chance to soak into the bread. 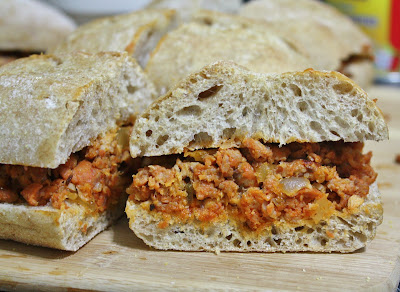 I jump at any chance to use my slow-cooker (especially when our meetings fall right after work!), so I produced my version (well, Martha's actually) of chicken mole.  The book features a recipe for turkey mole, but included far too many ingredients I knew I wouldn't get my hands on (chiles pasillos, lard, and chile mulato, anyone?).  My version was MUCH simpler- essentially throwing a seemingly random mix of ingredients into a blender, then slow cooking it with two pounds of chicken breasts.  The sauce included:

The final product was a pile of shredded chicken soaked in a very flavorful sauce.  I'm still on the fence about whether I ENJOYED the flavor, but notes of chocolate and cinnamon were certainly apparent. 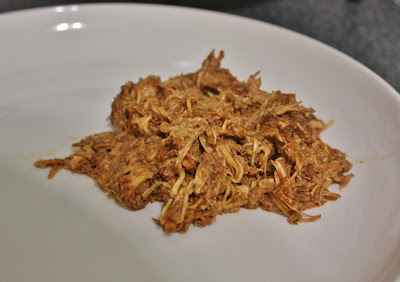 One of the girls suggested she make a Mexican casserole, but I insisted she make the cake featured in the book instead (she's a good baker, what can I say?).  The cake is served at a wedding in the book, and I would have loved this at my own wedding.  Since the recipe in the book produces a cake to feed the entire wedding party, I sought a real-life recipe to send along to the baker (found here).  The cake became a bit of a joke because it involved eleven eggs (!), but also was a somewhat involved process (baking several layers, making fresh lime curd, etc). 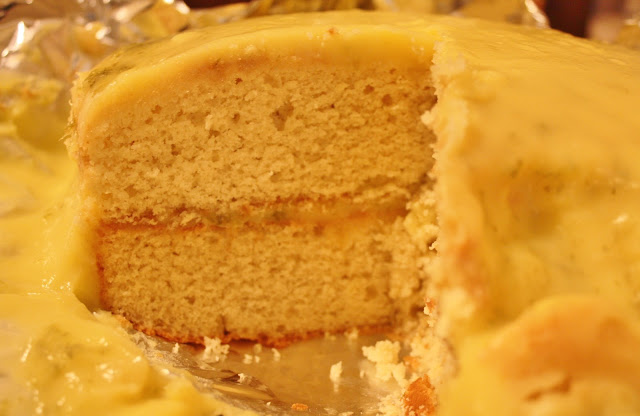 The end result was delicious- so full of citrus but also plenty sweet, with several sticks of butter making sure everything was nice and moist.  The double-layer meant twice as much cake in every cut- always a good thing! 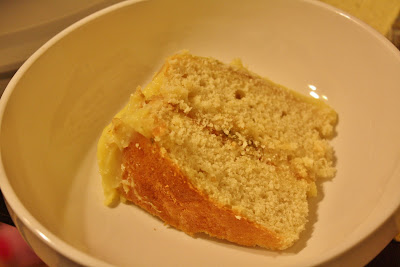 With dessert, we also sampled a classic Hispanic drink, horchata.  In Mexico, horchata is made with rice, although other countries produce it with almonds, seeds, or milk.  The recipe involves grinding raw rice into smaller pieces and soaking it overnight in water.  After straining and the addition of cinnamon and a bit of vanilla, the beverage is served ice cold.  Even on a freezing winter night, it was very refreshing- sweet and smooth, and a great pairing with the citrusy cake. 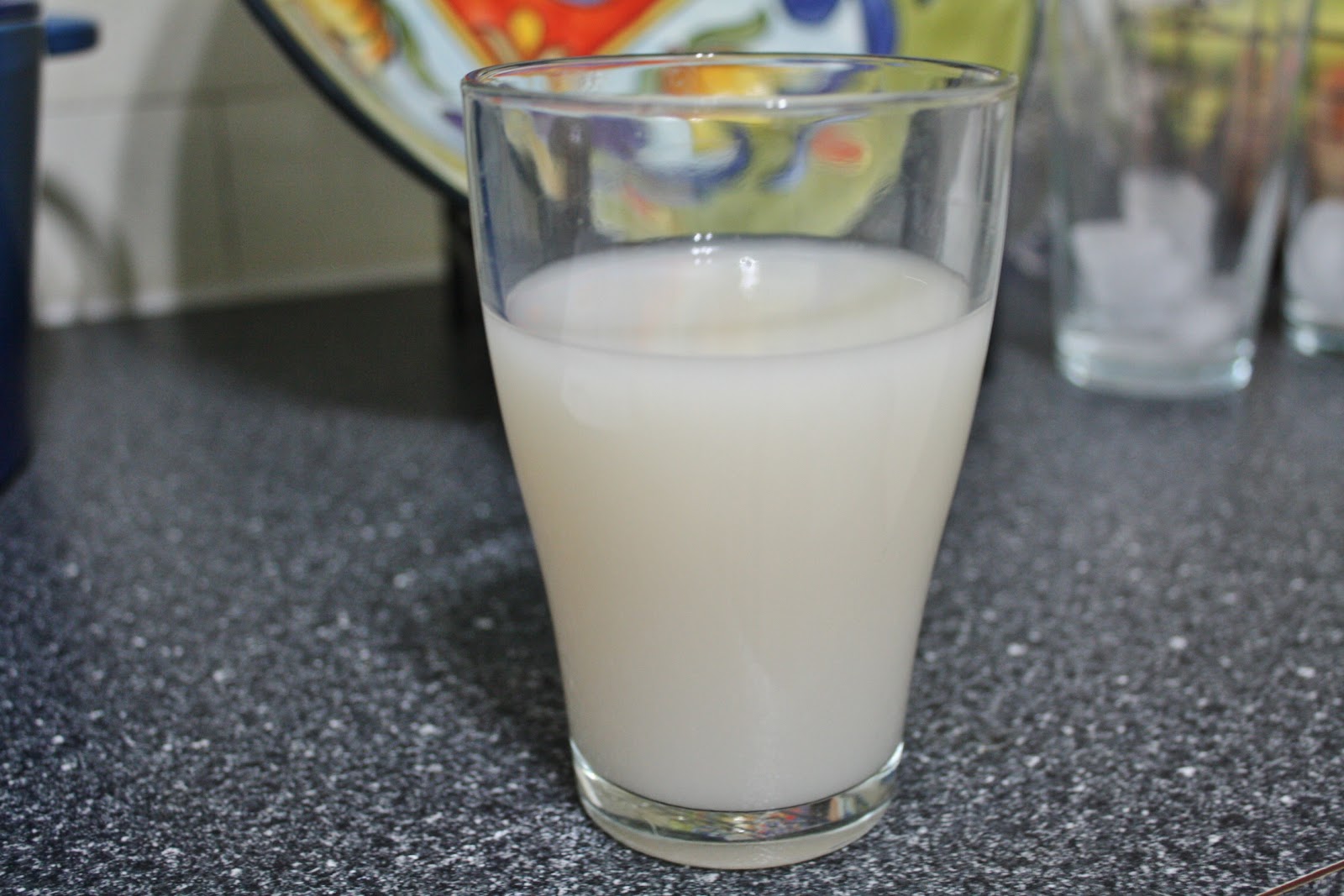 Although the recipes in the book were a bit too complicated (and/or too vague!) for most of us, I thought we did an excellent job of piecing together so many Mexican classics, while still featuring several items from (or at least based on) the book.  Over the food, we had a great time discussing the Mexican lore and magical realism of the book- a quirky read reminding us that cooking can be a great way to express yourself!
Posted by A and J at 11:07 AM