Another month, another Burger Club meeting.  This meeting was supposed to take place at the tail end of October, but- maybe you heard?- we were hit by a hurricane.  However, the burger eaters prevailed, and we gathered at Hickory Lane, a small restaurant in Fairmount just a few blocks from recently-visited Lemon Hill.

We were greeted by personalized menus made just for us- Hickory Lane created a deal that combined a burger and a drink for $18.  The burger alone ran us $15- definitely on the expensive side for this city!  In comparison to many of the other places we've held "meetings,"  Hickory Lane offers a single signature burger- aptly named the "Hickory Burger." Executive Chef Matt Zagorski spent many years at Rouge, so he certainly has some solid burger-making experience. 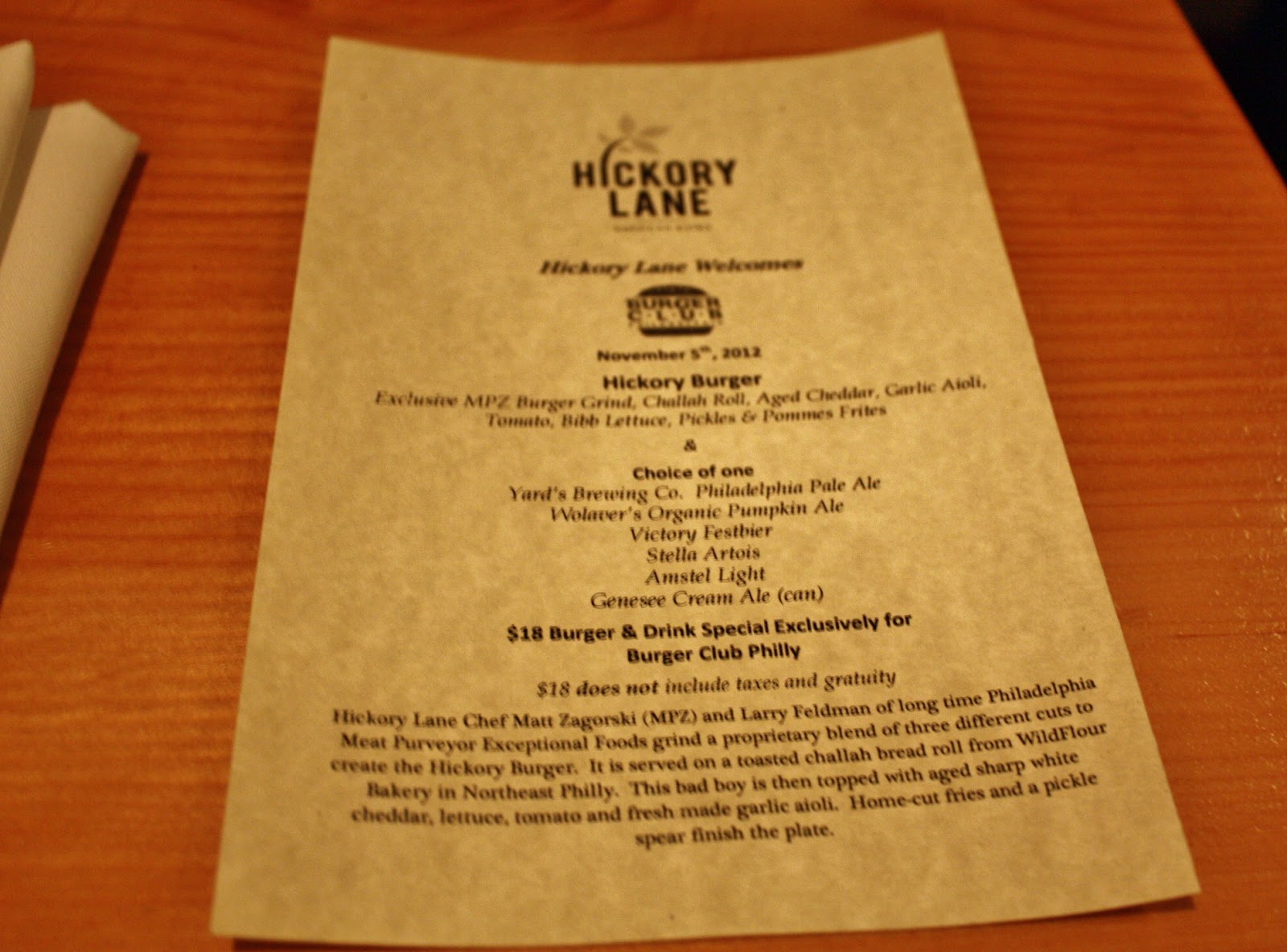 The fact that there was only one option made ordering easy.  Our waiter informed us that the patties were being cooked to a medium rare-medium based on chef preference. Fine by us!  It took a little while before plates started coming out of the kitchen, but we understand the art of burger making is a serious one.

The thick meat patty is sandwiched between a challah roll, creating some significant height to this sandwich.  Closer inspection revealed a few light char marks on the outside.  A large pile of pommes frites (why does an "American bistro" insist on using the pretentious French name for fries?) came alongside the burger- I had to clear a few from my plate to make room for burger-tackling.  Super fresh and crispy with plenty of peppery skin- the garlic aioli was a fantastic dipping sauce, if not a little on the greasy side. 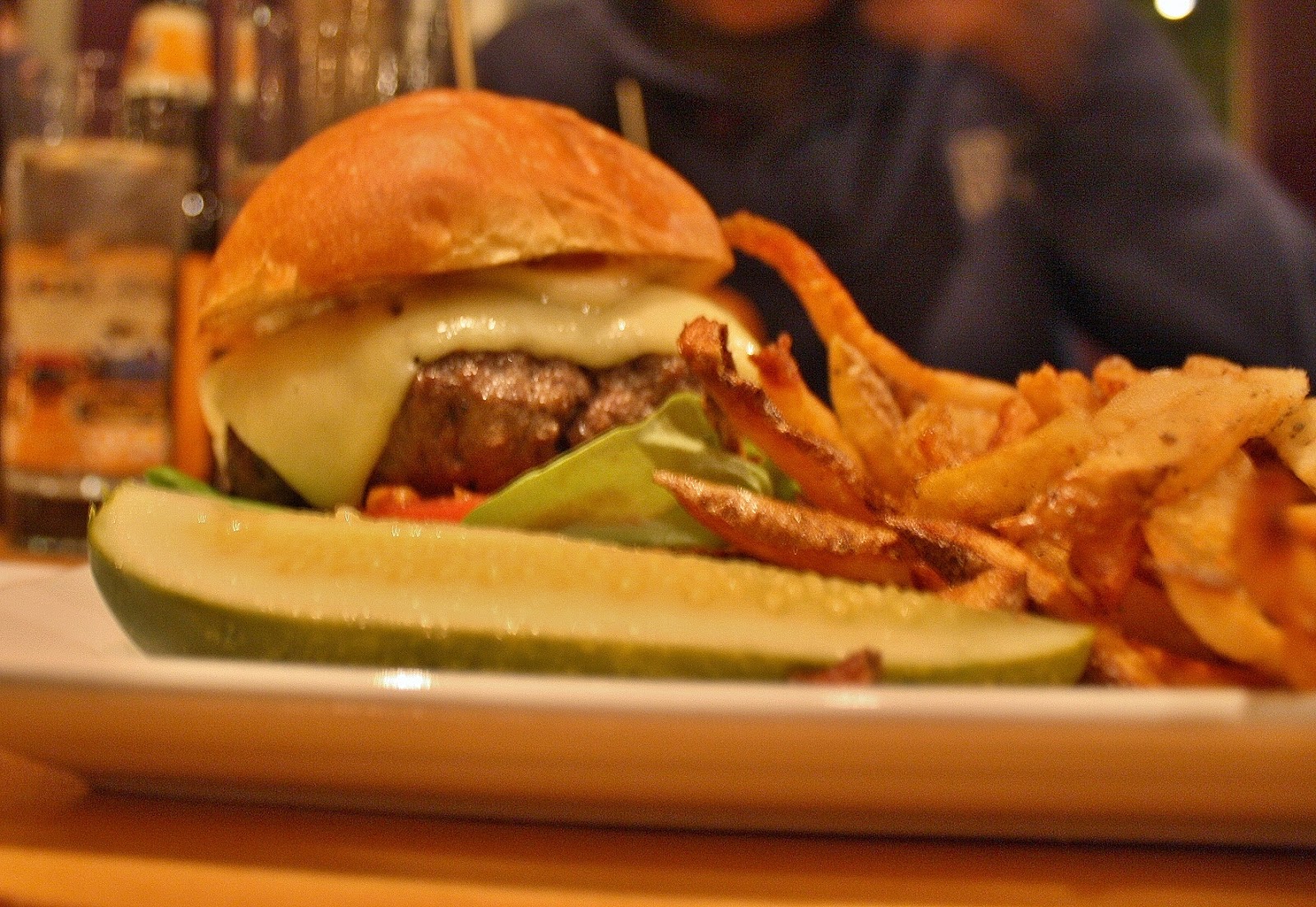 Another thing we noticed right away was the thickness of the cheese.  Melted over the burger, an extra-sharp aged white cheddar added a significant amount of flavor and texture.  I know I'm talking about the cheese before I even talk about the meat, but that's just how good it was.  It was definitely what everyone was exclaiming about the most- the fact that such a high-quality, flavorful cheese is used here, and so much of it!- really created a unique burger experience. 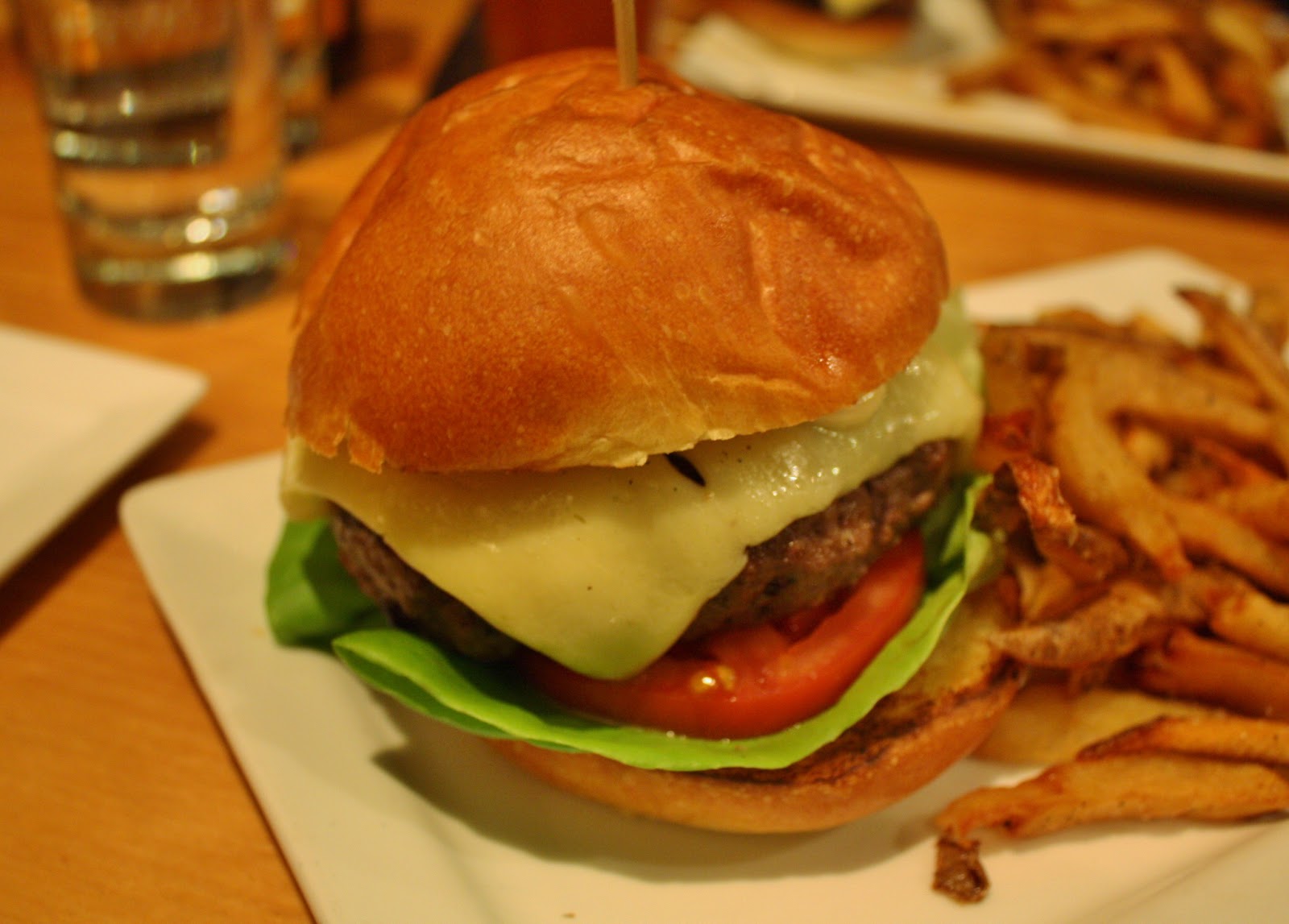 However, I certainly do need to acknowledge the meat.  A "proprietary" blend of three different cuts of beef are exclusively ground by Philadelphia Meat Purveyor Exceptional Foods just for this burger.  I'd say LaFrieda should be watching their backs- they've got some serious competition!  The patty was cooked perfectly to create a nice, thin crust surrounding some seriously pink ground beef.  The grind is still recognizable- these guys are getting treated pretty gently on the grill, providing a nice crumble with each bite.  The meat was underseasoned, allowing the slightly sweet and seriously fluffy challah and salty, aged cheese to play recognizable supporting roles. 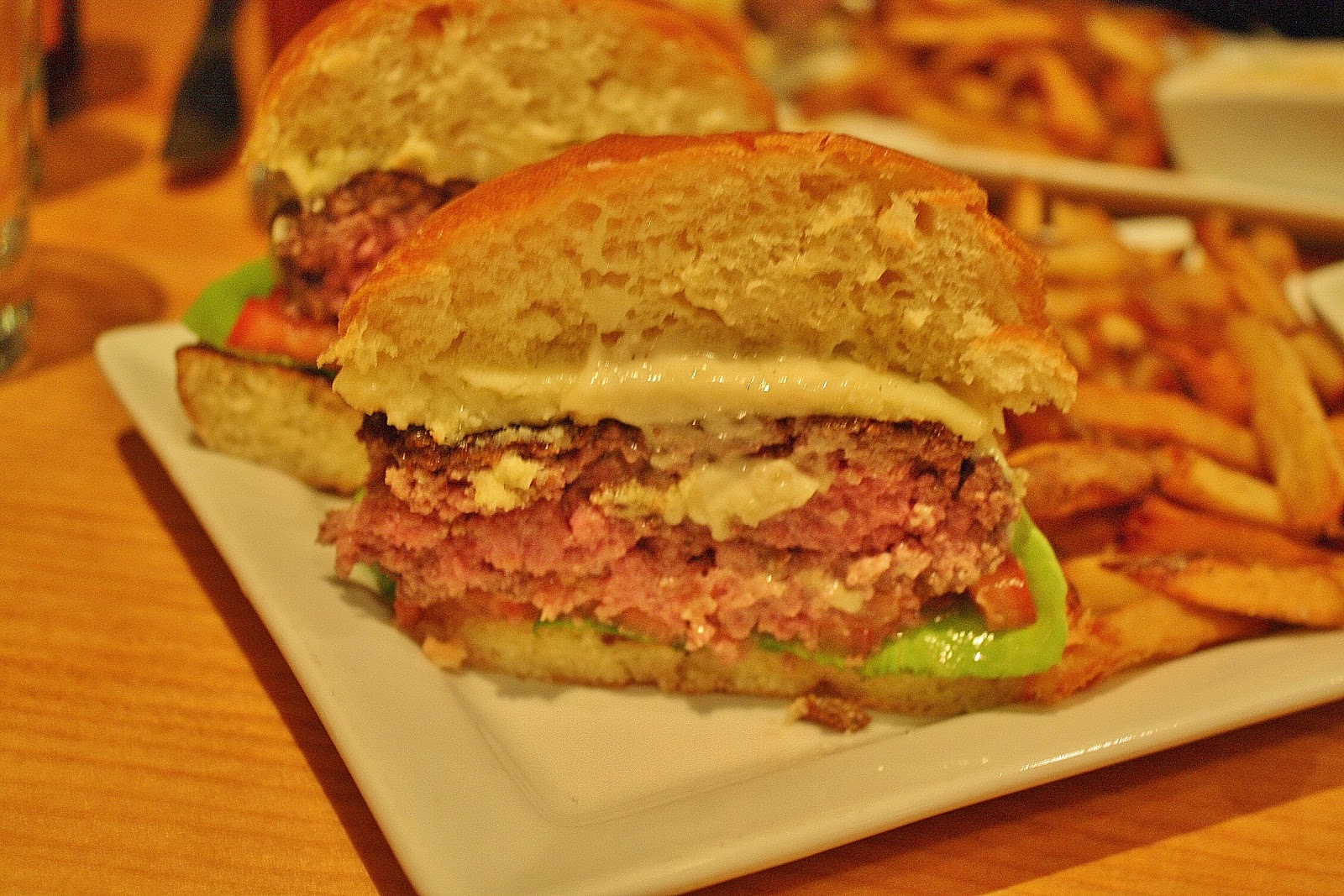 Overall, this was definitely a five-star burger.  I'd even go so far to put it amongst the ranks of the Supper burger.  With this kind of burger-making talent, I'd definitely be interested in trying out some other menu items as well.  Any rec's from Hickory Lane fans out there?