If there's one thing I've learned by following Philly restaurant and food news over the past several years, it's that chefs don't often stay in once place very long.  They're constantly coming and going, moving onward and upward, typically with the goal of opening their own restaurant.  One such chef is Joey Baldino, who after getting some (probably very high quality) experince at Vetri, opened his own Sicilian-inspired Zeppoli across the river in Collingswood.

Located in a small strip of other shops and restaurants, Zeppoli's defining feature from the outside is a triskelion, a (creepy) three-legged symbol of Sicily.  The space is tiny, seating 35, and feels a little like your Italian grandmother's dining room, except darker.

Zeppoli has a unique approach to service, with four waiters and waitresses working together to take care of all the tables.  One of the waitresses came over to explain the menu- split into salads, pastas, and entrees, with portion sizes appropriate for each person to take on a salad, half order of pasta, and entree.

After we placed our orders (declining the three-course extravaganza), another server brought us a basket of bread and some olives.  A few different varieties of foccacia (topped with tomato or sauteed onions) as well as a few slices of a soft seeded bread provided more than enough for two.  I found the focaccia to be entirely too greasy, essentially pre-soaked in olive oil.  On the plus side, my boyfriend doesn't like olives (so weird) so I got to enjoy a good mix of hard green and salty semi-dried black olives. 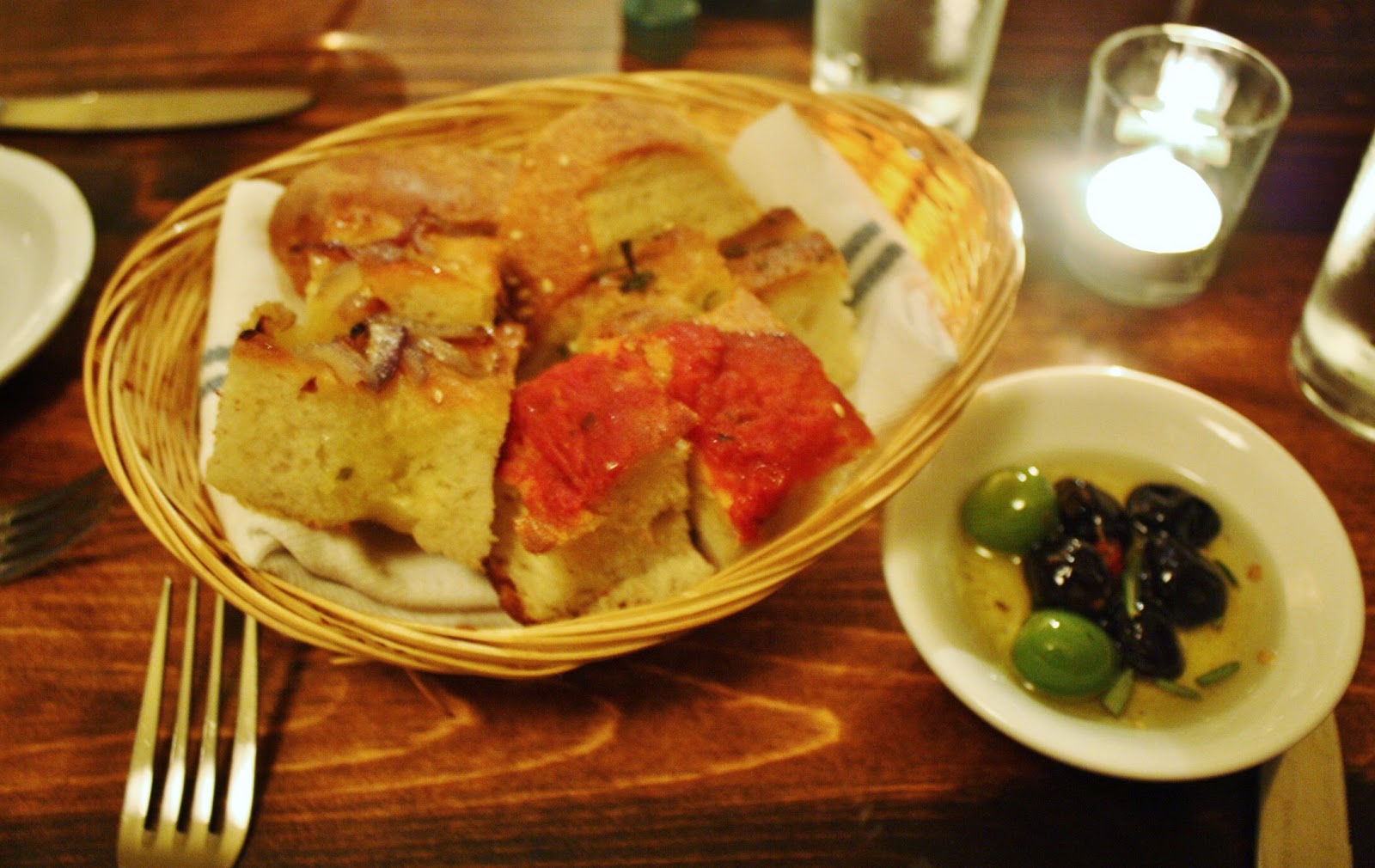 The pasta special of the day was a spaghetti with grilled calamari and squid ink sauce.  Anything with squid ink in it is an "auto-order" for me, so we decided to split a half portion ($10).  I don't even want to know what a full portion looks like, because this was the perfect amount to share.  The spaghetti itself was terrific- Marc Vetri would be proud- with the bite of a bucatini and the propensity to soak up a significant amount of squid ink.  Why is squid ink so darn delicious?  Essence of the sea... Rounds of slightly chewy calamari helped provided some texture that matched the squid ink flavor.  My one complaint was that this was sort of messy- spaghetti is notorious for splattering and there was a significant pool of the thin black sauce hiding under the pasta. 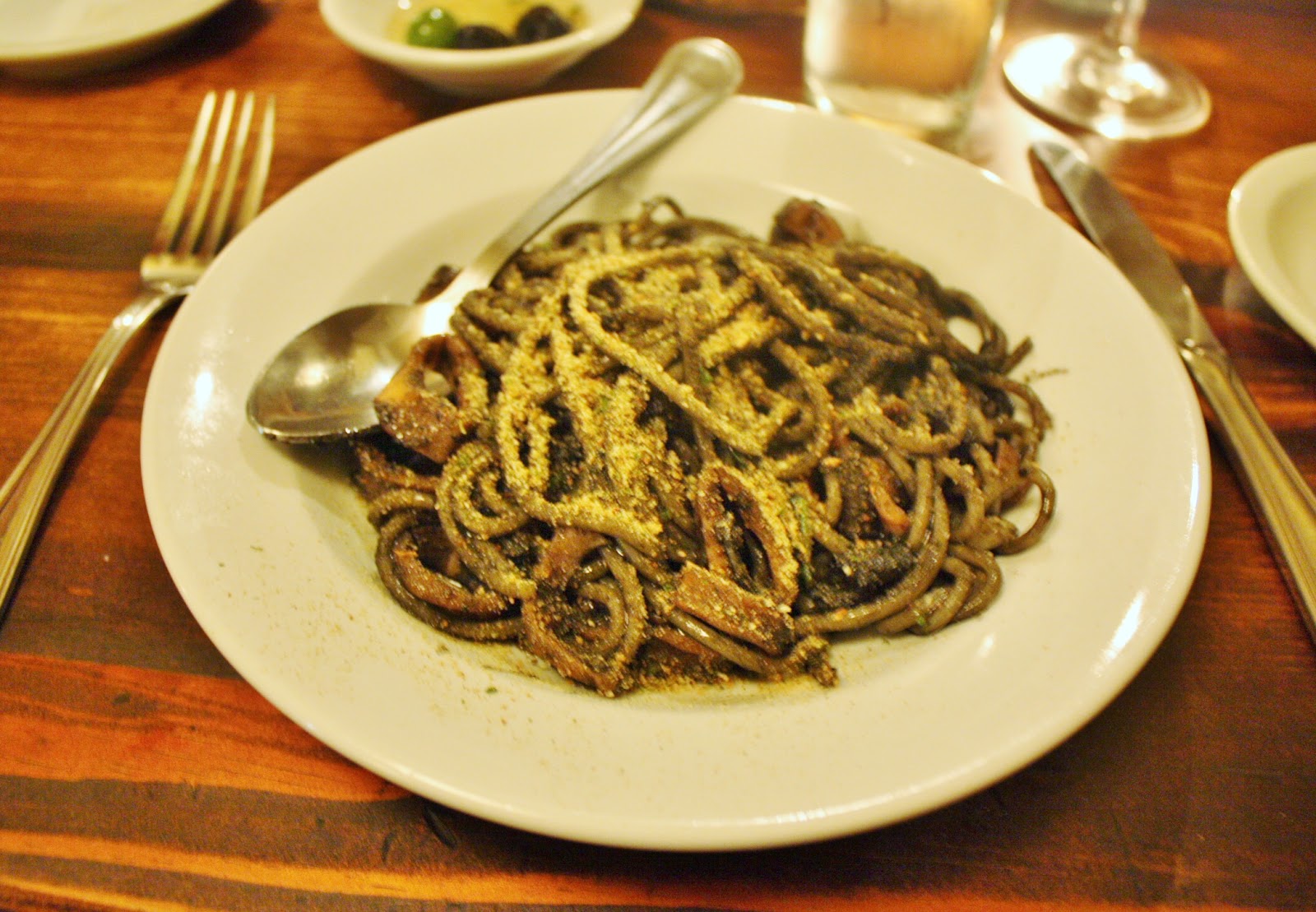 My boyfriend ordered the Sicilian fisherman stew ($27), a great choice for someone who loves seafood.  I was impressed with the assortment of components- mussels, clams, calamari, shrimp, a crayfish head (?), and a few chunks of swordfish.  A pile of Moroccan couscous tinted with saffron rounded out the dish.  The broth was rich and aromatic- essentially a very concentrated tomato-based seafood stock- and unfortunately, incredibly salty. 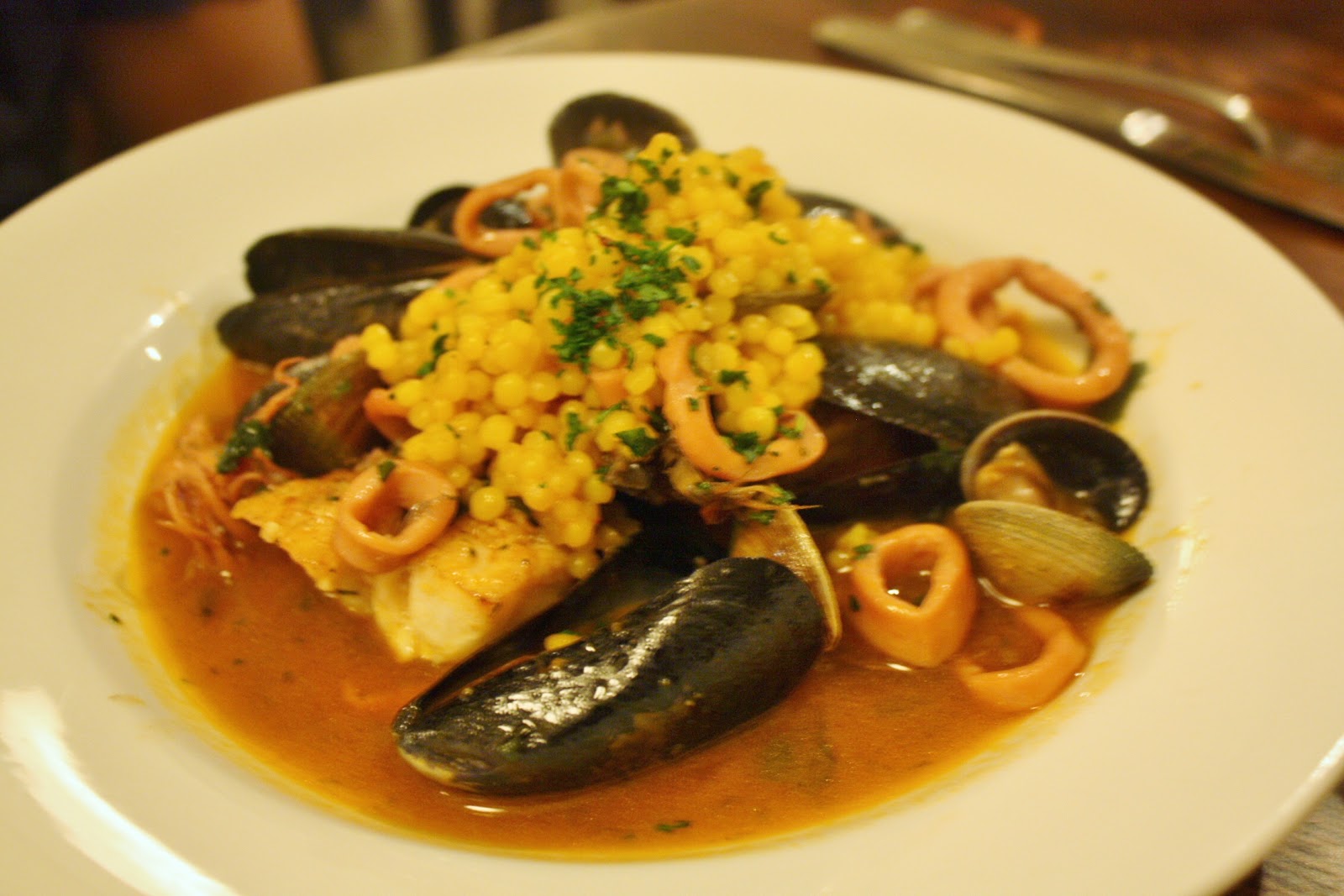 The stewed rabbit ($28) also followed this theme- so salty I couldn't finish the entirely approachable portion of meat.  There was a leg and a piece of rib meat (complete with mini ribs) as well as a few other indiscernible cuts- each of which had their own tiny bones that had to be carefully picked out.  The rabbit was cooked well (similar to poultry in flavor and texture), moist and with a pleasant texture.  However, the meat was coated in a oregano-heavy marinara-type sauce that was the salty culprit.  Slices of rosemary and olive oil roasted potatoes provided little respite from the barrage of sodium. 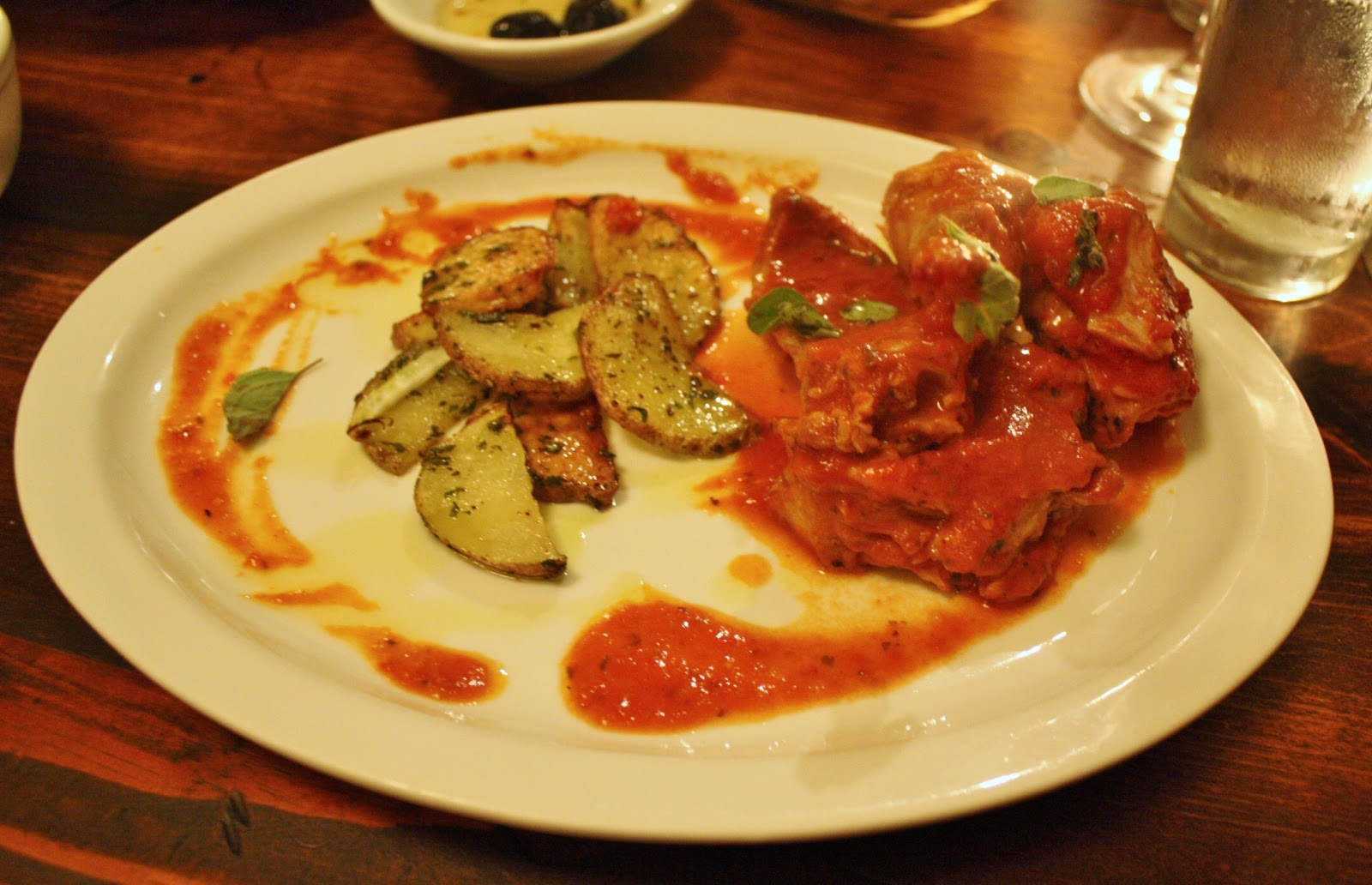 I enjoyed visiting a new (to me) dining scene outside of the city and I thought the atmosphere and service at Zeppoli were quite enjoyable- a great little place for a date.  Thankfully, we didn't have to tolerate a ton of noise as has previously been reported- it was actually on the quieter side for a Friday night.  I also enjoyed the traditional Sicilian menu but can't overlook the fact that almost everything we ate was oversalted.  Of course, I admit we didn't even make a dent in the menu options- perhaps a salad and pasta would make a fine meal here.  And this won't keep me from continuing to explore other restaurants in South Jersey- any recommendations?

Zeppoli
Collingswood, NJ
Posted by A and J at 10:27 AM