After nine years of living in Philly, you'd think we'd be well acquainted with the restaurant scene.  But there are still hidden gems waiting to be discovered, including Chloe, a small, quiet restaurant tucked just off the busy district in Old City on Arch Street.  I know I've been to this block (we adopted our cat from the PAWS location at 2nd and Arch), but don't recall ever seeing such a cute storefront. 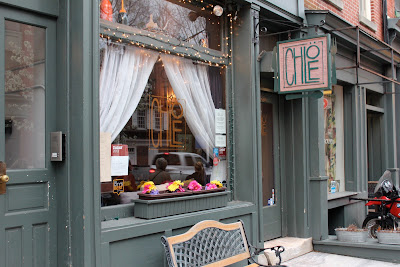 Considered a "New American BYOB," we were introduced via a gift certificate.  Our aunt knows our love of dining out and wanted to share one of her favorite spots in the city with us.  The interior is bright and tables are well-spaced considering the size of the dining room.  It's perfect for a date night with your long time significant other- relaxed, casual, and cozy.  The menu really runs the gamut for such a small place, with daily specials nearly doubling the options. 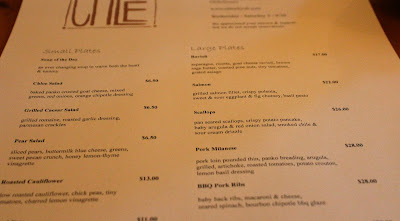 Plenty of fresh seafood and meat options, but room for the vegetarians too-- our waiter kindly tipped us that several dishes could be made meat free (not that we want that, but we appreciate the gesture). 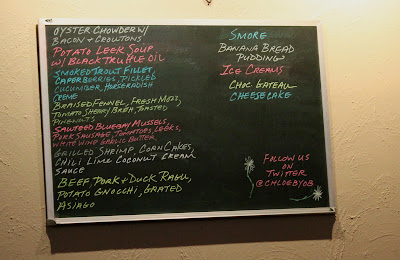 Instead of a basic bread basket, you start with a wonderful plate of fresh grilled pita bread and deliciously creamy hummus.  I ended up finishing the hummus with a spoon once we ran out of bread-- not too garlicky with a hint of heat. 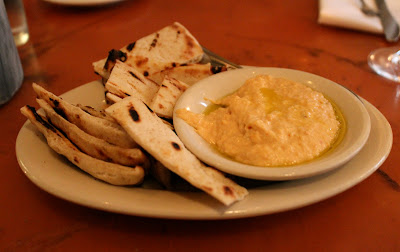 Lots of the pita went into the bowl of mussels with which we started our meal (the specials weren't priced out and we never looked at prices since we weren't paying-- apologies!).  The white wine + garlic + butter sauce was a great rendition of the classic, and paired well with the plump mussels (just as big as the monsters we recently had at Route 6!).  I loved the addition of roasted tomatoes and leeks, although it's hard to get it all in one bite.  The promised smoked pork sausage was absent, so is probably added in post-cooking in case anyone wants a pork-free dish. 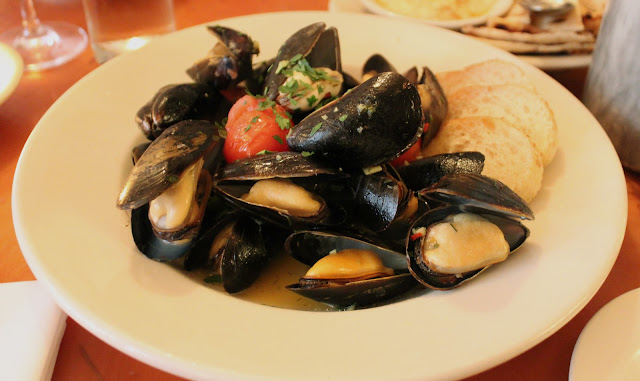 Any time there is a steak on the menu, my husband is going to go for it (unless there is a burger.. in which case I'm not sure what he would do!), so the grilled ribeye was his choice for dinner ($29).  Rubbed in a spice mixture that includes Kona coffee, the steak gets a solid sear on the grill.  Even though he requested a medium and the interior was a perfect pink, there was still lots of that good char adding plenty of extra flavor.  The steak is served over potato "planks" and wilted spinach, classic steakhouse sides done simply.  A big pat of butter as well as house-made worcestershire gave several options for each bite, but a solid cut of beef really doesn't need the extras. 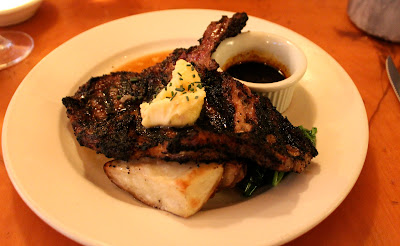 The salmon is also grilled, again a great choice for an extra dimension in a plate with otherwise simple flavors ($22).  Simple doesn't have to mean bland though-- a chunky basil pesto was just right with the fish (and inspiration for a dish I have bookmarked in my brain!).  A square of crispy polenta was topped with a sweet-and-sour eggplant chutney- I didn't love the vinegar element of the eggplant, but adored the creamy corn cake. 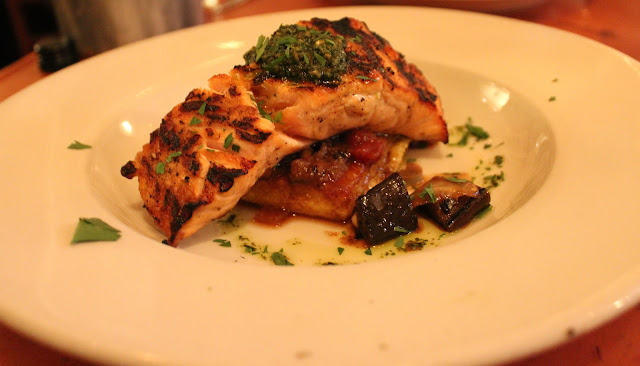 And of course, our meal had to end on a sweet note.  The dessert options are limited but provide a few classics, including a light cheesecake with a raspberry sauce.  The imperfections of the cake suggested it was homemade- it was more ricotta pie than classic New York cheesecake, but we welcomed it after a filling dinner. 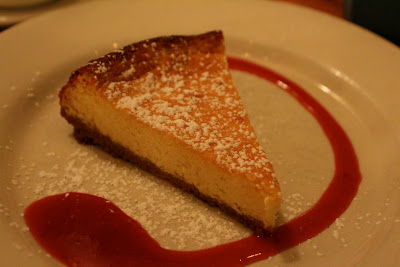 The rumors I had heard about the ice cream selection were true- they are sourced from Franklin Fountain, just down the street.  I wish this were the case at more restaurants around town- a single scoop of really well-made plain vanilla ice cream is seriously satisfying and doesn't break the bank or your waistline. 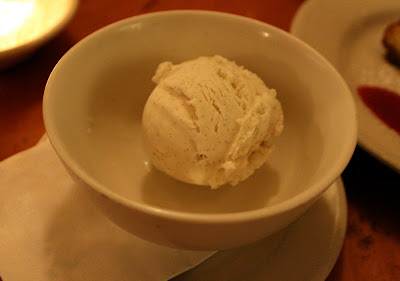 Although at the time I kept wondering how I had never been to Chloe, I'm kind of glad it has taken me so long to discover it.  Keeping up with the restaurant scene and food trends can be kind of exhausting, and it's really nice just to fall back on the simple, comfortable neighborhood cornerstones waiting patiently for me to come on in.