I recently had a great opportunity to travel to Toronto, Ontario for a science-related conference. Overall it was a fantastic experience; my first podium presentation went well, and I learned a lot. More importantly, I got to experience a wide range of delicious foods during my stay. I was very lucky to be traveling with a true Torontonian (don't you love that word?), and with his knowledge of my love for food, he certainly showed me what the city has to offer.

Shortly after arriving, we took a rather lengthy car ride to a Northeasterly suburb known as Richmond Hill. We took the "scenic route" through the city to see some highlights, so we were nice and hungry by the time we arrived at Restoran, an authentic Malaysian restaurant. We started with a hot tea drink known as "Teh Tarik" while we perused the lengthy menu. The drink is made with black tea and condensed milk- the trick is pouring it back and forth between two containers to make it extremely creamy and frothy. Sweet and warm, it was the perfect start to the meal. 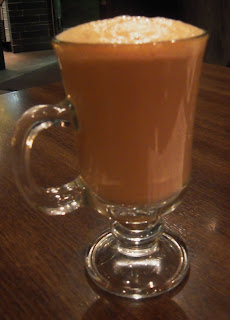 After negotiating with our waitress (she didn't think I would like some of the more authentic dishes... rude) we settled on two entrees- a noodle dish and a curry dish. We also ordered a bowl of coconut rice and of course, some fluffy roti to round out the meal. The noodle dish, called Mamak Mee Goring, came as a platter sized portion heaped with chewy noodles in a ridiculously good sauce- the perfect balance of sweet and spicy. Small shrimps, bites of chicken, some fried egg and a few vegetables were incorporated together. Every bite had a new flavor, keeping my mouth very interested. 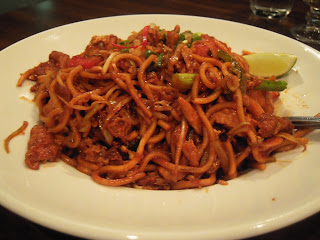 The curry dish, Penang Gulai Nonya, was mild, with just a slightly spicy broth chock full of large chunks of veggies and huge shrimp (my ideal meal, seriously). Tomatoes, fresh okra, lots of onion, and baby eggplants... and shrimpies! So good! Served over rice cooked in coconut milk, there was a huge range of flavors and textures to round out the dish. I could probably drink the broth by itself, but it was also great as a roti dipper. 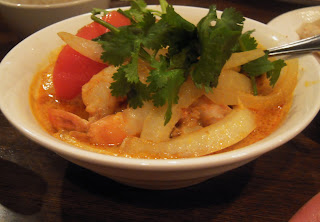 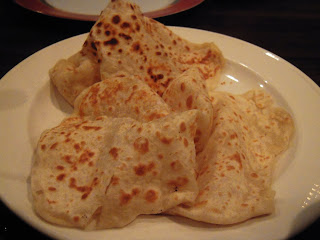 We weren't really feeling dessert after all that food, so we took a quick trip to Chinatown for some authentic bubble tea. Since University City's Bubble House closed, I haven't found a decent place in Philly- the prepackaged stuff I see in our Chinatown makes me quite nervous. Ten Ren Tea is a chain with several locations in New York City. The Richmond Hill location was enormous- very open and bright. The tea menu was equally enormous- I ended up choosing a black tea coconut milk concoction with tapioca balls. The icy treat subbed in as a light dessert and was the perfect cap on a delicious dinner. Side note: I should never drink caffeinated tea during/after dinner. Bad idea. 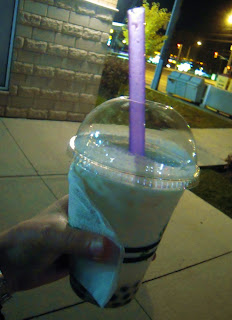 After a little bit of sleep and a long day of conference, our next eating destination was a true Canadian classic- a poutinerie! After the foie gras topped version I ate at Adsum, I was excited to try it from the source. We headed to Smoke's Poutinerie on Adelaide Street, where they literally serve nothing but poutine. Start with fresh thickly cut fries, cooked to perfection (at least in my book)- on the soft side with a lightly golden crisp. Top these with a generous amount of squeaky cheese curds and a pool of rich peppery gravy. Last but not least, add on some extra toppings- I chose the "Montreal" which came with shaved smoked ham, a dollop of mustard, and a pickle. The "regular" size was probably a solid three pounds of food. Even though we were hungry, we hardly made a dent. The concoction is extremely rich and extremely heavy, especially to my stomach that is used to a majority of veggies. However, as a big mess of a comfort food, it can't be beat. It was perfect for putting me in a food coma induced sleep to make up for the previous night. 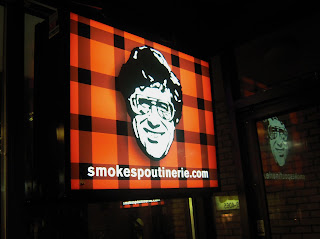 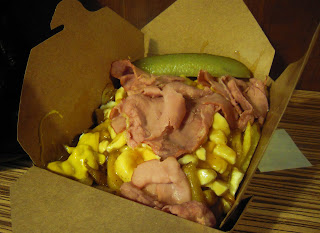 The next day, after a gorgeous ten mile run on the Lake and a few hours of meetings, I was ready for some street food. Although Philly seems to have Toronto beat in terms of variety, there were plenty of deep-inhale-inducing carts cooking up huge hot dogs and sausages.. and of course, poutine. I ordered a Spicy Italian sausage, which was scored along the top to ensure a large surface area to grill. Not too spicy, the sausage soaked up all the smoky flavors of the grill. Crisp skin and juicy insides made for a delicious bite- the fluffy bun helped keep me from making a mess. Sauerkraut and mustard from a huge array of topping options were great accompaniments. Clear blue skies and sun made the outdoor eating experience an absolute delight. 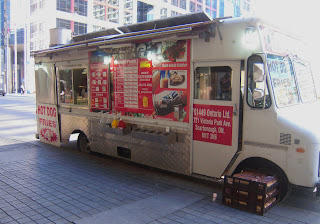 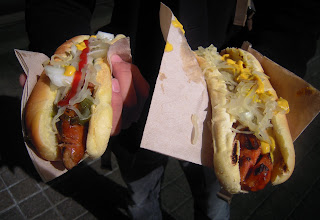 Another spectacular meal was my first experience with Peking Duck. With insider knowledge of the best Chinese restaurant in Toronto, our whole group made the perfect number of people to enjoy this special dish. The bird prep is relatively time intensive so we started out with some hot and sour soup. Piping hot and spicy, sweet and tangy, the bits of egg and noodles melded together in an incredibly well-balanced cup of soup. 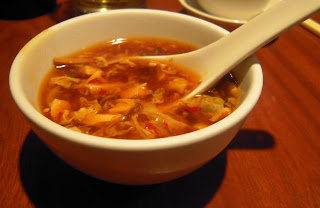 Eating Peking duck requires making a little burrito. Start with a soft pancake, add a large piece of crispy duck skin that has been dried and slow roasted with a sugary glaze, top it with strips of scallion and a sweet red bean sauce, fold up and enjoy. The pillowy pancake and the sweet and incredibly crispy duck skin cooked in its own fat... it was seriously like eating a savory piece of candy. I ate many of these. 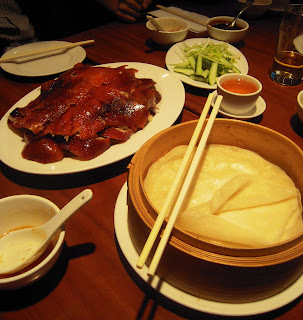 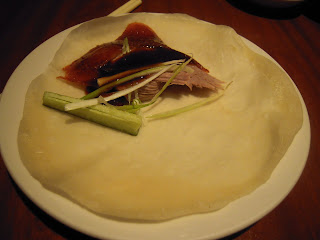 The meat of the duck is used to make a stir fry type dish with onions and carrots and served in perfectly round pieces of lettuce- sort of the typical lettuce cups yet with a rich duck flavor. I preferred the slivers of beef that were fried and also tossed in a sweet sauce. Something about sugar and meat really does it for my taste buds. 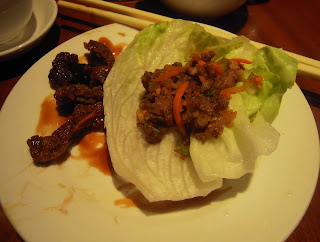 Although I enjoyed the economical use of all the parts of the duck, the soup made with the bones was not good. Without nearly enough time to leach out all the good marrow flavor, the broth was thin and watery. Huge chunks of tofu didn't help the bland factor.

Certainly the most unique dinner I had was at 360- the restaurant at the top of the CN Tower. Well... not quite at the top. It's in the "donut" about 2/3 the way up the 1815 foot tower. We were luckily seated at a table next to the windows; with the slow revolution of the restaurant space, we saw a full sweep of Toronto and Lake Ontario in daylight, as the sun was setting, and with the lights of the city lighting up the night. 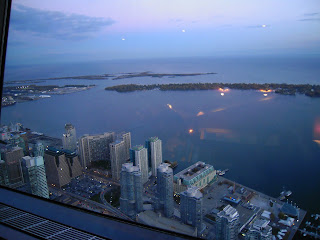 Although most of my attention was on the wonderful view, the three course prix fixe dinner was pretty tasty as well. The first course was probably my favorite- chilled potato and leak puree poured over a little pile of salmon and cubed potato. The mild flavors of the puree were accented by the salty, smoky chunks of fish. Crispy potato skin sticks on the top gave it a little crunch. As a relatively simple dish, I would love to try to recreate this at home. 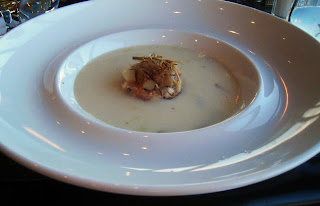 The second course involved more salmon, this time pan seared and flaky, served over brown rice with a nutty toasted almond glaze. The baby bok choy were almost bite sized, steamed and full of green goodness. Any potential dryness of the rice was offset by the slightly sweet sauce. 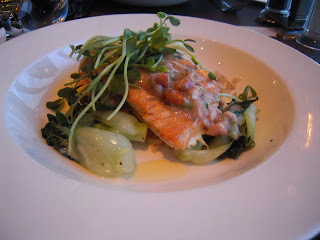 For dessert I chose the summer berry shortcake, which seemed almost out of season. The cake itself was on the boring side, but I loved the ball of sour cream ice cream rolled in graham cracker crumbs. A nod to the current not-too-sweet frozen yogurt trend, but with the creaminess giving it back a touch of decadence. A big chunk of white chocolate was a creative touch to complete the presentation. 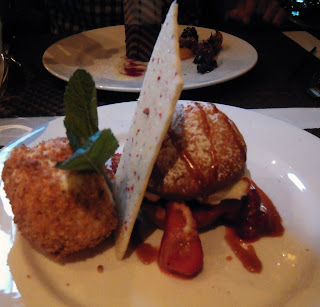 I'm so glad I got to experience such a wide range of food in this multicultural Canadian city. From street food to the reaching heights of the CN Tower, I certainly made the most of my short trip abroad. I'll finish with a couple good shots of the CN Tower... 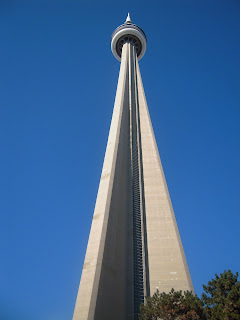 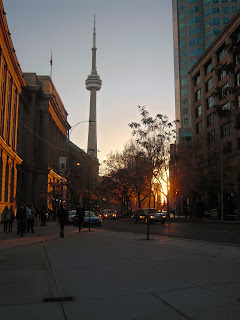