I'm the bread-maker in the family, and I've tried my hand at a few types including naan, oatmeal, and French bread. The process is somewhat time consuming and also physically challenging when there is no stand mixer to be had, making me hesitant to branch out much further. Luckily, I was invited to learn the art of challah making by my wonderful Jewish newlywed friends who conveniently live right down the street (and also conveniently have a stand mixer thanks to their married status). In traditional Jewish households, challah is eaten with the Shabbat meal, but A & I really just enjoy the bread for its slightly sweet and fluffy properties, as well as for use in french toast (seriously. try it.)

There are a million and one different variations of the challah recipe (actually, Google only brings up 317,000 hits, but whatever) so I'm trusting that my friends have come upon the best one. 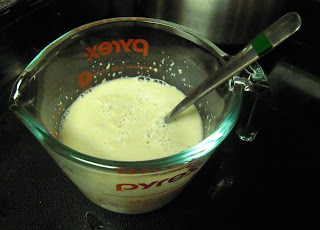 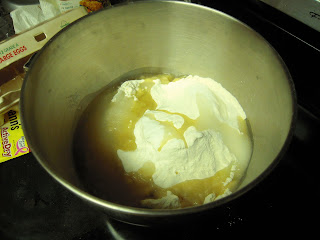 Step 3: Crack 4 eggs into a clear bowl. Some eggs contain traces of blood from broken vessels occurring at some point during egg production, and these cannot be used to make traditional challah. All our eggs looked good, so my "instructor" whipped them up with a fork and added them to the mixing bowl. 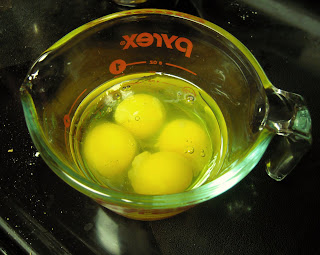 Step 4: Using the dough hook, mix the ingredients on the lowest speed until they are well incorporated. Then add the yeast and an additional 1/2 cup of warm water.

Step 5: Mix well, then allow the hook to knead the bread for about 5 minutes. At this point the dough is really sticky and will need to be peeled off of the dough hook periodically. Add in another 1/2 cup of flour, mix well, repeat. This will bring the total amount of flour to 7 cups and should make for the correct dough consistency. 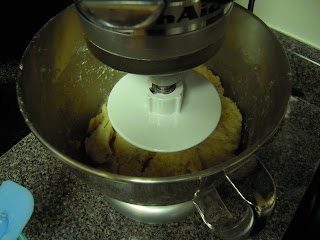 Step 6: Allow the stand mixer to run for another 5 to 10 minutes, again periodically pulling the dough off and making sure all the flour on the bottom of the bowl has been mixed in. Trust me, this is a MUCH cleaner process than trying to do this by hand. 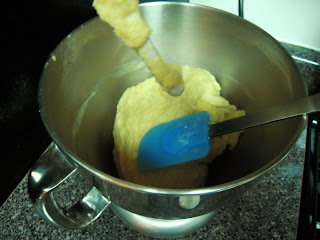 Step 7: Spray another large bowl with cooking spray, and place the dough ball in the bowl. Cover with a towel and allow the dough to rise for 2 hours. 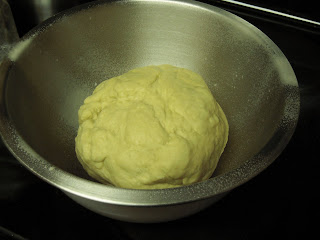 Step 8: Uncover the bowl and exclaim about how enormous your dough is. 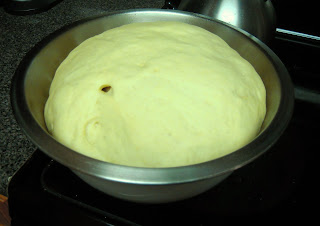 Step 9: Punch the dough down and allow it to sit for about ten minutes. Then break the dough into three relatively equivalent pieces. These smaller chunks will each make one loaf of challah. 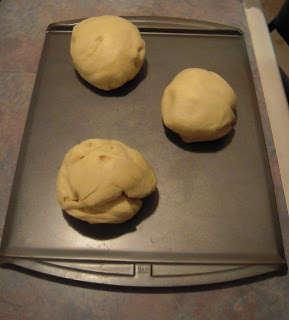 Step 10: Break each 1/3 ball into 3 smaller balls. Or 6 if you want to make a 6-braided challah. But after watching an instructional video, I'm pretty sure that requires something similar to rocket science. 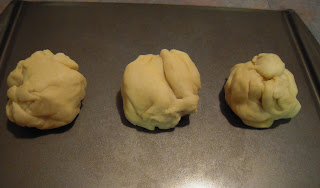 Step 11: Using a hand-washing motion, roll each ball into a snake like shape. The dough will get fat in the middle and thinner on the ends so keep working it till it's relatively even. The length should be about as long as a baking sheet. 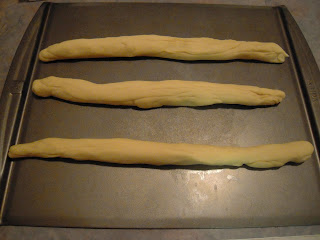 Step 12: Braid the dough. If you think you know how to braid, think again. Keep the ends separated until after the braid is formed. In order to make a loaf that isn't super skinny, the strands have to cross almost perpendicularly across each other, which is what makes it confusing. Once I got it going it was OK, but the beginning was sort of a mess, as you can see. 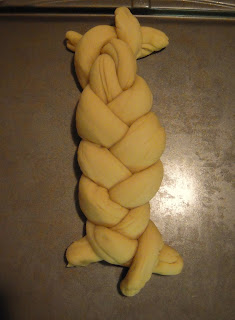 Step 13: Squish the ends of the bread together with a good pinch, and then tuck the end up under the braid with a good jab. 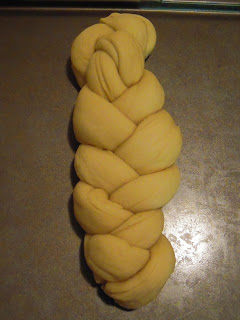 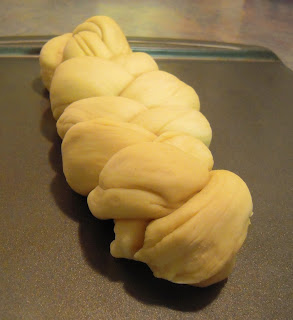 Step 15: Repeat with the remaining dough. Cover the loaves with a towel and allow them to rise for 30 minutes.

Step 16: Whisk another egg yolk, and use a pastry brush to paint the top of the dough, which is what gives the bread its beautiful shiny appearance. Sprinkle with sesame seeds if you'd like. 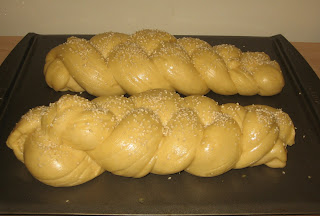 Because the process was so lengthy, I cut out on the last few steps- so many, many thanks to my instructor for finishing up and delivering me "my" challah! The bread can be stored in a Ziploc in the freezer for several weeks, and thawed at room temperature. A & I had our first piece for dessert and then sliced and froze the remaining bread for future consumption (obviously in french toast). 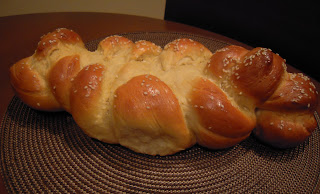 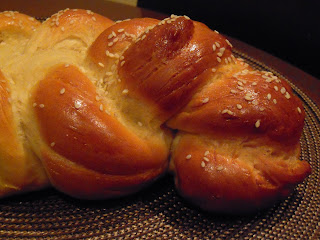 I mixed up some melted butter with a sprinkle of cinnamon and a 1/4 tsp of vanilla bean paste (a cheap alternative to buying vanilla bean pods) and then allowed the butter to re-firm in the fridge. Spread on a warm, toasted piece of challah... perfection. The breads texture is amazing- with its shiny smooth top and fluffy, airy, yet still slightly dense, consistency. One of our Christmas presents was a giant food processor, complete with dough hook, so I might be attempting to repeat this at home. I think halving the recipe might make it a bit more manageable without the stand mixer- though the time commitment definitely makes the full recipe more efficient. Until then, we'll be savoring this loaf for as long as we can! 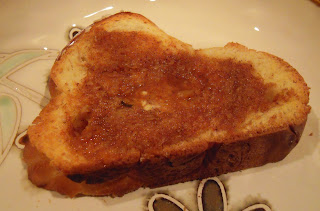