Last month we picked up a Living Social deal for the soul food restaurant on South Street- Ms. Tootsie's. Although this place is not new to us- we've been with several different groups of friends over the past few years- they have expanded and upgraded since our last visit. The new(ish) space is simply but elegantly decorated. Since they don't offer reservations for parties less than eight we expected to wait, but thankfully there were a few open tables for two. Larger parties can wait upstairs in the bar/lounge area, where you're able to order appetizers- another way to experience Ms. Tootsie's if that is more your style. 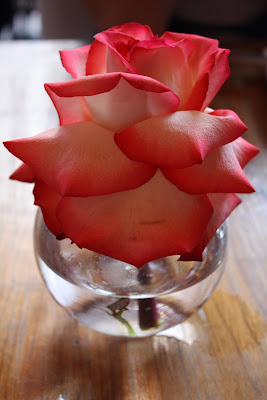 Yelp reviews aren't exactly positive, mostly complaining about the service. Thankfully, we were blessed with the sweetest waitress- even though the meal was paced slowly, her great attitude and consistent checking in made it very pleasant. She took her time going over the menu with us, and brought out fresh cornbread while we made our decisions. Super sweet and moist with that good gritty cornmeal texture, the warm bread (or more of a muffin, rather) was great to snack on. We were also served a new addition to the gratis starter- strawberry butter with strawberry jam. Creamy butter + chunks of preserved strawberry = perfection. 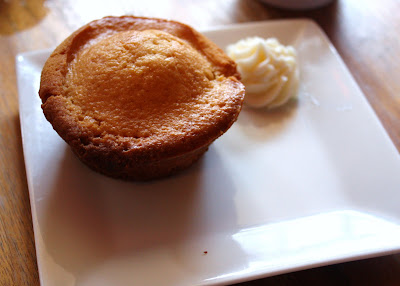 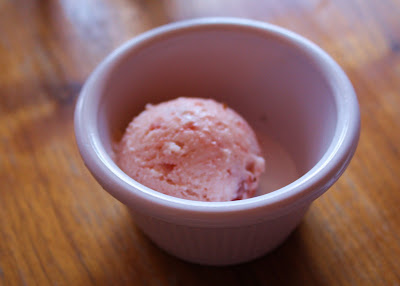 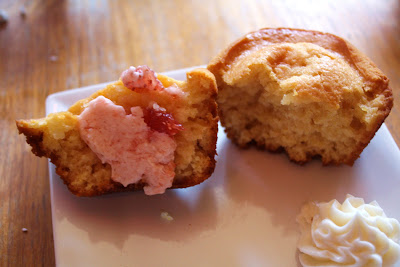 Our waitress raved about one appetizer in particular, which made our choice easy. The crab mac&cheese balls ($8) are flash fried, giving a thin, crispy, greaseless coating that helps them keep a perfectly round shape. Breaking through the crust reveals several bites of macaroni mixed with a generous amount of finely shredded crab meat and only a tiny bit of cheese (if any?). Definitely more of a macaroni salad than a mac&cheese, which is great because I can imagine cheddar would completely overpower the mild flavor of crab. Three of these guys sit atop a few leaves of mixed greens and are drizzled with what seemed like a Thousand Island dressing- interesting choice, but it didn't add or detract to the dish. 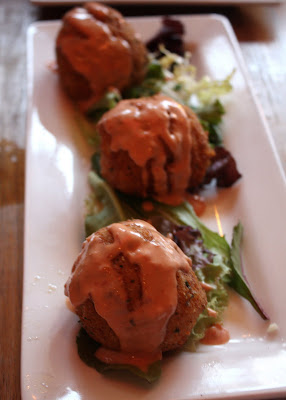 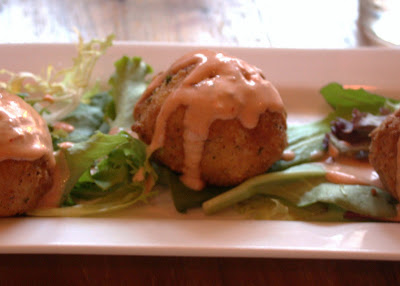 I ordered the usual- the Southern Fried Chicken ($14), served as a attached duo of breast and leg. The fried chicken at Ms. Tootsie's has never failed me- crispy, peppery skin encasing perfectly cooked meat. Trust me, they know what they're doing. Nothing is soggy, but nothing is dry either, and you get that big sheet of fried salt and fat that pulls back from the breast to expose an expanse of juicy white meat. The meal comes with two sides from a list of Southern staples- I chose the cabbage with pepper medley as well as the caramelized candied yams. The cabbage was cut into thick strips and slow cooked with other greens and what seemed like a turkey based broth. There was still a subtle crunch to the cabbage which gave me a little hit of fresh veggies (yes, fresh vegetables are like drugs to me). The candied yams are just that- syrupy sweet- I'm sure many would say "too sweet," but I know of no such thing. This could easily serve as dessert. The overpowering sweetness made the salty fried chicken that much more savory. 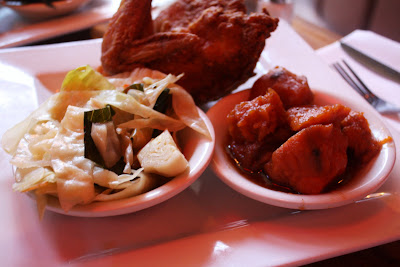 A ordered the smothered pork chops ($15), something that neither of us had tried here before. We thought that they were way overcooked- tough and chewy, but A seemed to think they were deliberately cooked that way. A thin brown gravy added back some juiciness and seasoning, but I prefer my pork a nice medium. Her two sides were collard greens and string beans, both cooked with smoked turkey- similar in flavor profile to the cabbage. The collards had that subtle bitterness and were massively salty, but really, that's what these greens need to become consumable. I preferred the string beans, which soaked up a good bit of smoky, meaty flavor. Some of the beans were a little more snappy than others, pleasing those who like fresh string beans as well as those who prefer the canned variety. A even won the jackpot with a turkey vertebrae in her bowl (am I the only one who thinks vertebrae are by far the coolest bone in the body?) 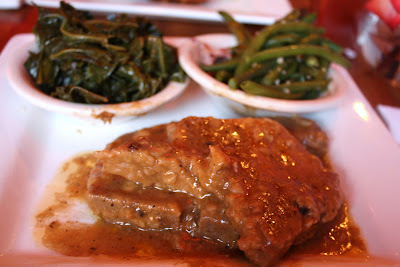 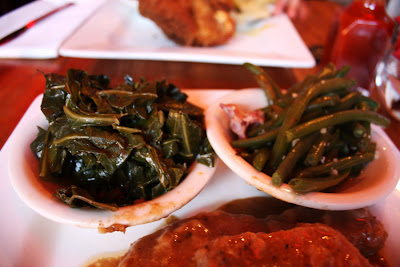 At this point in the evening it was getting crazy- lots of big parties coming in and vying for limited space. The lights were dimmed and the music was cranked up, adding to the frantic feel to the atmosphere. Even though we were pretty full (and yes, the majority of people leave here with boxes of leftovers but... we were hungry?) we forged on and opted to view the dessert tray. A few options stood out- namely the sweet potato cheesecake and the lemon butter pound cake- but we went for the coconut pineapple cake ($5). Four layers of extremely moist vanilla cake are glued together with a thick sugary pineapple reduction (they use fresh pineapple) full of chunks of fruit and shreds of coconut. This really infiltrated into the cake, spreading the flavor and syrupy stickiness into each bite. A thin layer of coconut encrusted frosting adds another punch of sugar. We appreciated the fact that this ridiculously rich treat was served chilled, giving the slice a solidity that allowed for small bites to be forked off and savored. 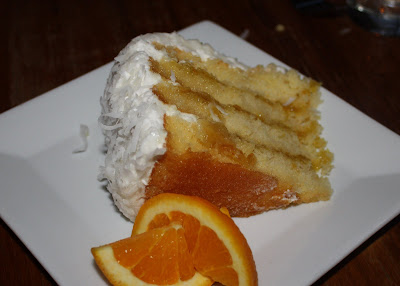 Although most of the food here is served fried, our waitress pointed out that they also do salmon and shrimp if you're trying to stay a bit healthier (but really... don't bother). The prices are great and even though this isn't Gourmet Central, the chefs at Ms. Tootsie's have a solid repertoire of standard Southern favorites, and they provide plenty of reasons to indulge. And of note... soul food isn't limited to the African American population- hello white people, you're missing out on some seriously delish offerings. Check it out- you won't be disappointed.

Helpful hints: Go early to beat the crowds. Cut back on your salt intake a few days before. The signature sweet tea may seem steep at $5 but every single patron orders it (therefore it must be good). And it is unlimited.