Maybe it's a throwback from our completely broke college days (NOT like we're rolling in the dough now), but I'm always excited when a new inexpensive-yet-somewhat-classy-and-if-it's-unique-that-helps-too spot opens in the city. You KNOW we're holding our breath for the opening of Federal Donuts, but that's a story for another day (hopefully soon). Recently, a quirky little rotisserie opened nearby, and thankfully, we didn't wait long to try it out. Coincidentally, our visit was planned for a night very soon after a glowing review by one of our fave food writers in the city, Adam Erace. 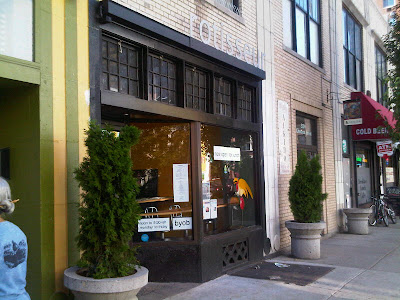 Apparently the article had people arriving in droves, so although we came in early for dinner and weren't fighting a crowd, the chef looked exhausted and the pickings were slim. Thankfully, many of the items we were bent on trying were still available. (Also of note, the server informed us if we just "went out for a pedicure," by the time we were done, freshly made items would be available. Yeah. No, thanks.)

The menu highlights the star of the show-- the rotisserie chicken, which is organically and locally produced, and then brined, glazed, salt-rubbed, and roasted on the spit for an hour (thanks, Adam, for doing your research). However, the other menu items are definitely not left in the dust- and honestly, they were what sold me on the place as a whole. You're not going to find any floppy green beans or canned corn here- instead, you'll face options such as kale chips and orzo salad. 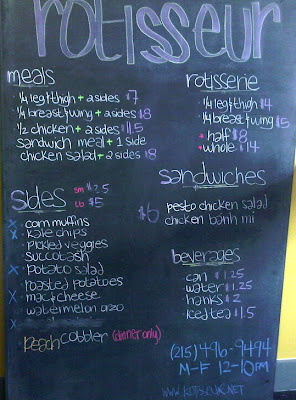 On our visit, we had exactly four options for sides, so we both ordered a quarter chicken meal deal and two of the sides, and off we went to the park for a little pre-baseball game picnic. 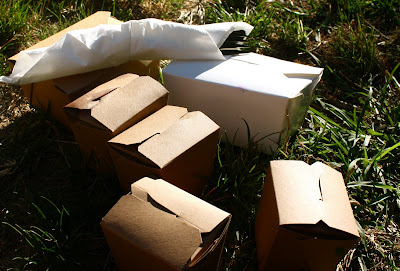 Everything is packaged up separately in tiny little to-go boxes, making it nice and easy to share, as well as keeping us relatively clean. With six boxes to choose from, I started with what I considered a little appetizer- the pickled vegetables. Shredded red cabbage, whole green beans, and a few giant slices of cucumber were quick-pickled in a salty, vinegary mix (I guess that IS how you make a pickle), leaving the veggies crunchy but with the good pickle flavor. J wasn't a fan of the green beans- they almost felt raw as you bit into them, but the spicy brine gave them a great afterkick. 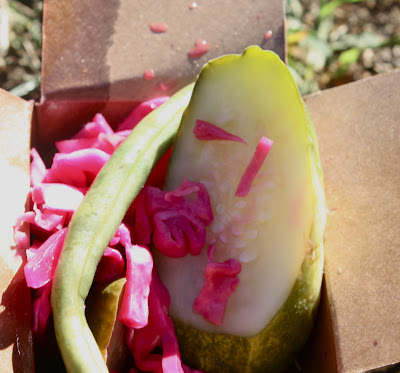 I couldn't stay out of the roasted potatoes for long- they were one of the highlights of the meal. Small slices of skin-on yellow potatoes are roasted until just cooked on the inside, but with a definitive crispy skin surrounding the entire piece. I find it impossible to make potatoes like this (without frying them), so I'm curious about the process- apparently it involves a good amount of melted chicken fat. They had me fighting J for the last few slivers at the end of the meal. 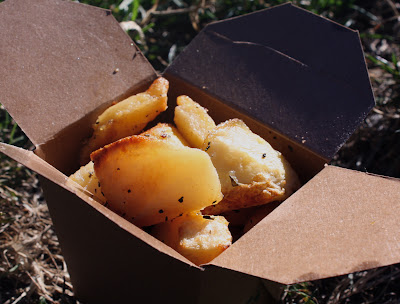 I may have been a bit distracted by a few of the sides, but eventually worked my way to the main event- the chicken. Since I am slightly obsessed with chicken thighs (especially in pepperoni sauce), I ordered the thigh and leg combo ($7). The skin came off the meat easily, and while flavorful, didn't offer the crispness I was expecting. After a couple greasy nibbles, I moved onto the underlying meat- which, again, didn't quite meet my expectations. Similarly, the flavor was there, but something about the texture wasn't quite right. I may have been overhyped from the Erace review, and let's be real- I still ate the entire thing, but not while expressing undying loyalty to Rotisseur. 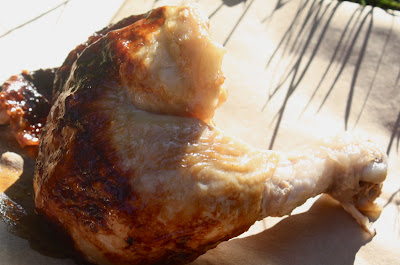 Another side that I had been eyeing on the menu was the watermelon orzo salad, so I was glad to see a freshly made batch ready to eat. This salad screams summer- the combination of watermelon and feta is so classic, yet never done enough. The orzo itself was large and so fluffy it almost melted in your mouth- I almost felt I didn't need to chew the soft pasta and the crisp, fresh fruit. A few toasted pinenuts added an extra dimension of flavor and texture, and the heavy dose of salt from the feta brought it all together. 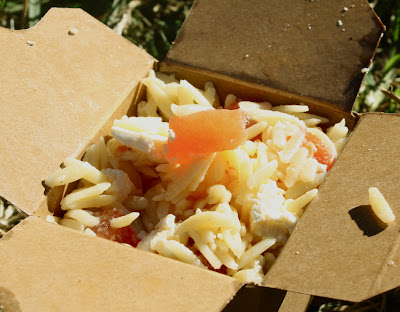 With a side such as this, I can't wait to see what interesting homemade salads they think up for the other seasons of the year. 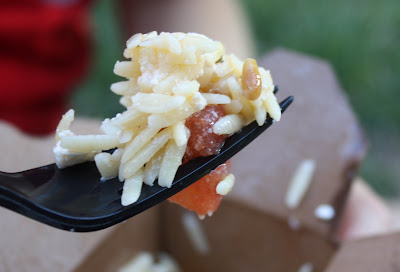 As a fan of white meat, J chose to order the breast and wing meal ($8), and for an additional dollar, got significantly more meat. The breast meat was the best of the bunch- large, juicy chunks that almost fell off of the bone. I still was slightly weirded out by the texture (ever so slightly rubbery is the only way I can describe it), but I think it may be a result of the long brine the chicken undergoes. Salt goes in, water follows, principle of physics. It lends for juicier meat, but may also contribute a different texture based on the added liquid. 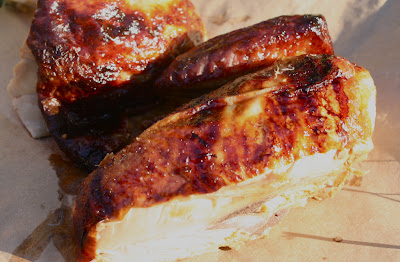 Next time, I'll choose the breast over thigh- usually dark meat is more flavorful and moist, but with the cooking techniques employed here, the extra fat isn't necessary.

Our final side of the evening was another winner- the succotash. Sometimes just hearing this word makes me cringe a little- it reminds me of flavorless vegetables boiled together in a mushy mess. Rotisseur brings the fresh back to succotash, using summer corn, zucchini, and onion, cooked until just slightly soft in a buttery sauce. The corn is clearly cut right off the cob, as large chunks of corn kernel clusters still remained- our favorite. The vegetables each contributed their own flavor without being lost in the mix. 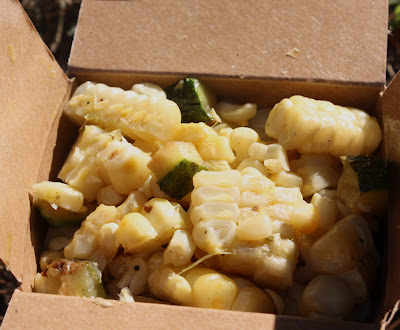 The meal was perfect for a little impromptu Friday night picnic, and its nice to have another takeout option so close to Rittenhouse Park. Next time you're wanting a little rendezvous in the park, and are tired of breaking the bank at DiBruno's (as much as I love you, DBBs, you have got to stop charging such exorbitant prices), make the trip to Rotisseur. Unfortunately, they're currently not open on the weekends-- so plan your trip accordingly.

And if you've made it through the entire post, I know you're a true Philly/food/blog lover, so I'd like to mention that we have been kindly nominated for CBS Philly's Most Valuable Blogger Awards, in the Dining and Entertainment Category. We're up against some steep competition- including a few of our favorites, Foobooz and 22nd and Philly. If you could take a moment to vote, it doesn't require an email or a sign-in, AND you can vote once per day until September 9th! Special thanks to all our readers, regardless of whether you vote or not! 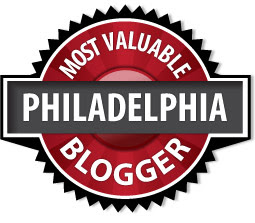