It's officially the Season of Soup.  There's really nothing like a piping hot bowl of hearty soup on a cold, wet day.  Refreshing salads have their place through the steamy summer, but as soon as it turns fall... helllooo soup.  To kick off the season, I made a simple mid-week soup that had an extra warming quality- curry!

Of course, our recipes are still being dictated by CSA items (sadly for only two more weeks), and this week, we got something a little different- a red kuri squash.  This winter squash is similar to a small, ridgeless pumpkin, but with a slightly darker color and a sort of bumpy surface. 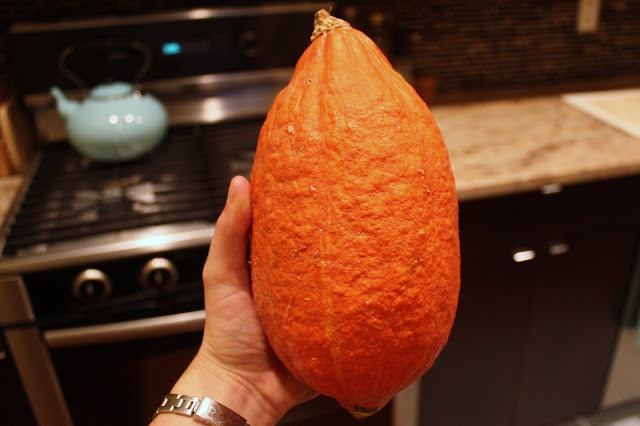 While she was menu planning for the week, A found this recipe, gave me a "loose interpretation" of it, and basically let me make it up as I went along.  This doesn't always work out well, so I made a mental ingredients list and made sure to get everything ready before I started- nothing like getting halfway through a recipe and seeing you have 45 seconds to get two onions chopped and three potatoes peeled.  The squash was pretty easy to handle- a quick peel, cut in half, seeds scooped out, and chopped into bite size pieces.  The hollow part is quite large, and completely packed with seeds- almost no pulp (a great squash for making baked "pumpkin" seeds!) 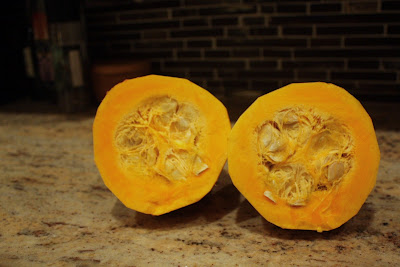 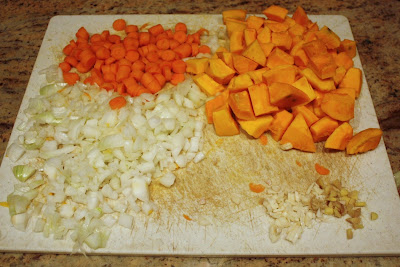 Once I had all of my ingredients ready to go, I fired up the stove, heating a couple tablespoons of sesame oil in a cast-iron pot.  I sauteed the ginger and garlic- the "aromatics"- for about a minute before adding in the onion and carrots.  A & I have found that this initial base of flavor- sesame, ginger, and garlic- makes a great start for any spicy, savory dish, especially if you're trying to build an Asian flavor profile.

As the onion and carrot cooked down without needing too much attention, I organized the remaining ingredients of the soup.  The initial recipe called for the following:


We're pretty much pros at improvising when a recipe calls for a long list of ingredients- we mostly make due with what we already have one hand instead of purchasing all new items.  My ingredients list included the following: 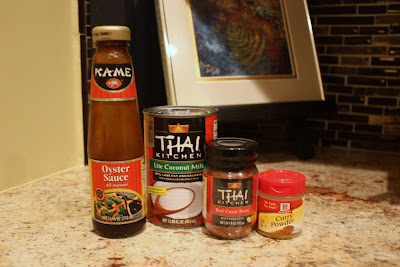 I added the curry paste and curry powder in with the cooked veggies and let them absorb a bit of the flavor.  The concept of combining different types of curry was rather novel- the original recipe calls this pairing "complex and delicious," so I was willing to give it a shot. 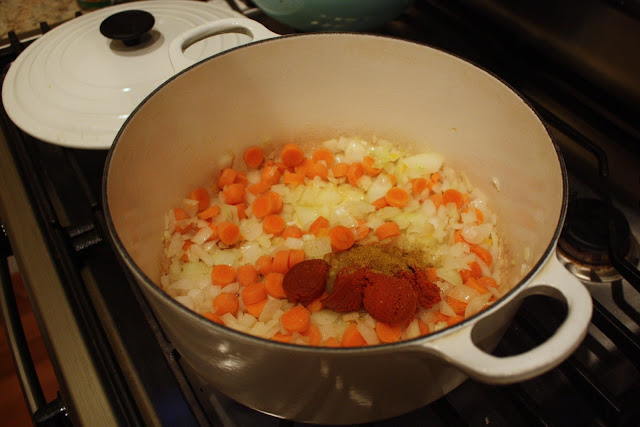 After a couple of minutes, I added in the remaining ingredients.  I felt that the five cups of liquid that the original recipe called for was rather extreme- two did the trick for me.  The last thing in the pot was the squash.  I gave everything a good mix, popped the lid on, and let it do it's thing. 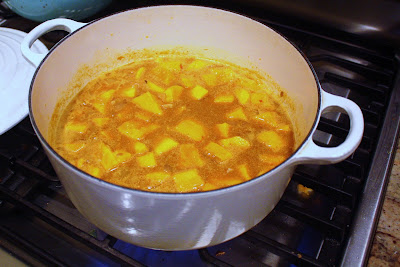 I've always felt that soups take hours to build flavor, but this combination of spices made for an almost instant depth of hearty spiciness.  It only needs enough time to cook the squash through, which is dependent on how small you cut your pieces.  I gave mine about twenty minutes at a low boil.  To finish the soup, I added 2 T of brown sugar, a can of chickpeas, and a teaspoon of salt- this enhanced the sweet and saltiness of the oyster sauce, as well as bulking up the soup and adding a bit of protein.

I garnished with a bit of chopped cilantro and a drizzle of Sriracha- two ingredients whose quantities are highly dependent on the individual palate.  A little of each does the trick for me. 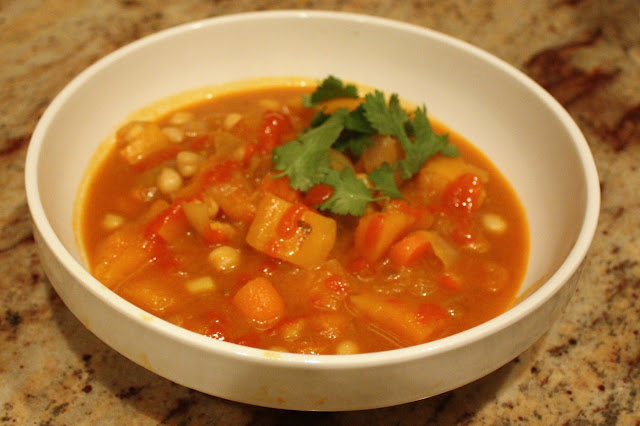 Let me just say, red curry paste is my new best friend.  They should just call it "magical paste"- I really think it was the key ingredient in this soup.  However, I loved that the recipe was versatile- I certainly didn't follow it to a T, but it still came out great, with a real sinus soul warming quality.  While I loved the super smooth texture and slightly nutty flavor of the red kuri, it could be easily replaced by a small butternut squash.  The original recipe included chicken, but I think a little bit of lamb may fare well in this soup.  The quantity of broth could be decreased to make more of a stew to be served over rice or naan... OK, I'll stop.  The options are pretty much endless.  Like I said, we're all about improvisation!
Posted by A and J at 9:39 AM