Some surprisingly nice weekend weather had us seeking out an excuse to be outside. Of course, if food is involved, there is even greater incentive. A suggested walking down to Queen Village to check out Kennett, a fairly new restaurant that has gotten some good press. Fun fact: the space was open for over 60 years as a family owned neighborhood cafe, and the current owners are trying to recreate that atmosphere. 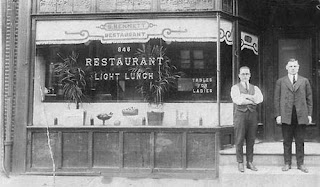 Serving brunch in the early weekend afternoons, the restaurant certainly has a comfortable feel to it. Laid-back and relaxed with a bit of charm and an old-timey touch: exposed brick, wood paneling, a somewhat fake looking tin ceiling: we immediately warmed up to the place. Our waiter seemed to be taking care of everyone in the restaurant, which, although it is on the smaller side, definitely kept him busy. He also informed us that after a "crazy" previous evening service, they were currently out of two menu items: the brunch burger and the Italian breakfast (no gnocchi). Although I would have ordered either of those items, there were plenty of other options, so I wasn't too disappointed. One of those menus where you'd like to try one of everything, really. 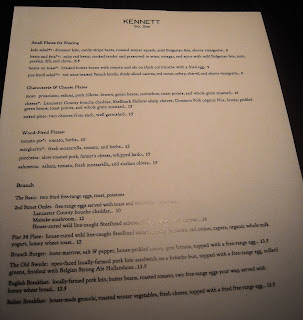 Since some of their dishes are a little on the heavier side, we decided to start lighter by splitting the kale salad ($8). A & I have made a fair amount of raw kale salads, so we fancy ourselves raw-kale-salad-connoisseurs. The key is to slice the kale very thinly, which Kennett did well. However, we also recommend a good "massage" in an acidic vinaigrette (it softens the greens a bit) but the kale here was pretty crisp, tossed in a light sherry vinaigrette- still quite enjoyable. Matchstick slices of yellow beets, red onion, and a meager serving of roasted squash (maybe they were running low on that too) rounded out the veggie content. A very generous number of soft, mild blocks of feta were certainly tasty, but too big to enjoy with any of the other ingredients, leaving the salad a bit unbalanced. 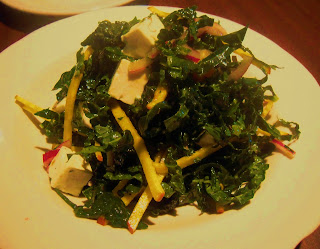 A ordered a brunch special: the brunch pizza ($15ish). The couple next to us had this pizza delivered to their table mere minutes after we ordered, and we instantly knew we had made an amazing decision. Kennett has a wood-fired brick oven for making pizzas, turning out hand-crafted crusts- seriously, the chef took at least 5 minutes molding each crust into a round-ish, rugged shape that was satisfyingly thick. Thick slices of melty Lancaster cheddar were topped with two eggs over easy and a few pieces of crispy locally-farmed bacon. Simple but oh-so-amazing. A noticed a slightly sweet flavor in the crust, but the source was unidentifiable. It was a subtle balance to the savory saltiness of the toppings. NOM. 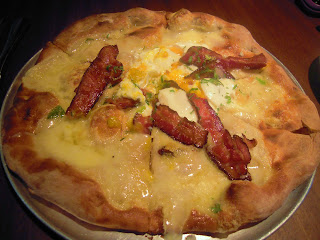 Since we were splitting everything, I chose something a little on the less-excessive side: the Pier 38 plate ($12). A gorgeous rose-shaped pile of smoked salmon was served with all the usuals: sliced tomato and cucumber, capers, red onion, and a parsley-lemon yogurt reminiscent of lemon meringue pie. Honey-wheat toast with the lightest of grill marks was seedy and wholesome. Eating the components in various combinations made it easy to run out of everything at exactly the same time, save for a spare bit of crust. The tomato was a little on the tasteless side, but that's understandable for the season. 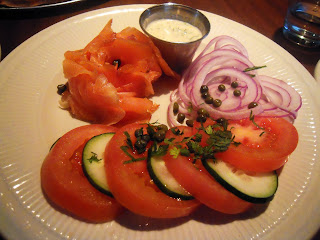 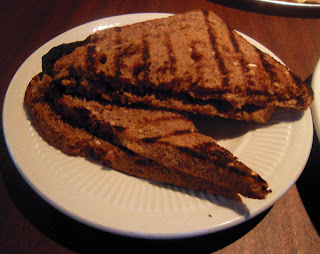 Overall this was probably one of the best brunches I've had in recent memory, primarily because of the pizza. The atmosphere was nice and relaxing (minus the uber-hipster at the table next to us stressing about how she slept with a married man... I really didn't need to know); we took our time eating and enjoying the delicious food. I would go back in a snap, and definitely plan on returning for dinner, though I'd probably still order a pizza- highly recommended.