Every summer calls for a vacation, and I recently got to spend a week traveling around New York and Massachusetts with my boyfriend. Since we both like to eat, food was definitely a highlight of our time together. Of course, traveling sometimes calls for some on-the-go meals, but for the most part we ate lots of fresh home-cooked food complimented by a few delicious restaurant dinners. 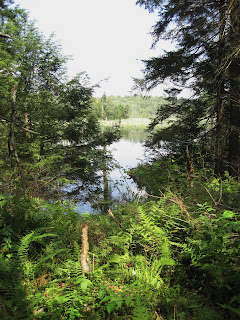 A view off the Appalachian Trail

We took advantage of not having any real agenda and utilized a charcoal grill to make several meals. Hamburgers and grilled chicken were pretty standard summer BBQ, with leftovers perfect for salads and sandwiches. Onions, mushrooms, peppers, zuchhini and broccoli also made an appearance on the grill.

In our explorations of Western Massachusetts, we stumbled upon the Otis Poultry Farm, where we picked up some pancake mixes (looking forward to sweet potato pancakes!) and jams. We obviously had to try out what they're famous for- the poultry. There were huge freezers chock full of whole chickens, sausages, and pot pies. We opted for the chicken pot pie- conveniently in two individual sizes: small for me and large for him. Though the meat was precooked, the fluffy crust covering the gravy and chicken was not, requiring a solid hour in the oven. While this was baking, we grilled broccoli and peppers.

For an appetizer, we recreated a version of one of our favorites- the Portobello Fiorentino from Capuano's near Princeton, NJ. Spinach sauteed with garlic and olive oil over grilled portobello caps drizzled with a balsamic reduction... the perfect start to a summer meal. We cheated and used a balsamic viniagrette, and a bit of mozzarella would have kicked it up a notch, but it was easy and delicious. 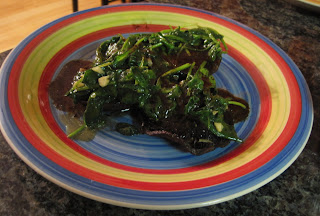 When the crust on the pot pies began to brown, it was time to eat. As a lover of all things pastry, I was very pleased with the flaky pie topping- crispy, with a touch of gravy coating the bottom. Some pot pies have a bottom crust that usually just ends up a soggy mess, so I was glad that OPF left that out. Beneath the crust, bite-size pieces of chicken swam in a thick peppery gravy. Plain grilled vegetables balanced out the richness of the pot pie. 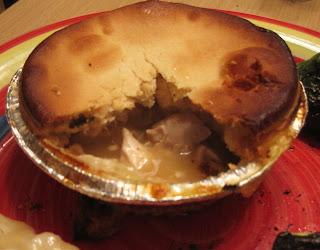 Early in our travels, we stopped at a grocery store for a few necessities, and spotted a bag of giant marshmallows the size of my palm. This prompted us to eat s'mores for dessert every night (and some afternoons...). We're not sure how Hershey's won the s'more market, but there really is nothing better than a melty, mushy marshmallow squished between two crunchy grahams with a bit of cool, thick Hershey's chocolate. Somehow these marshmallows made the BEST s'mores ever... seriously. 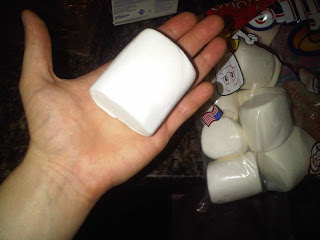 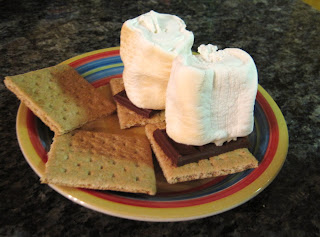 In between hiking on the Appalachian Trail and swimming off the shores of Long Island, we found a minute to refuel at a Peruvian restaurant located in the very small town of Lee, MA. With Chifa as the only Peruvian restaurant in Center City, our primary experience with this cuisine came through one of Spinal Tapa's dinner events. The food at Alpamayo Restaurant reflected some of the highlights of that dinner, including beef heart and causa (cold potato puree), in this case served with a creamy chicken salad. The beef heart was more savory than I remembered, with less chewiness and more flavor. 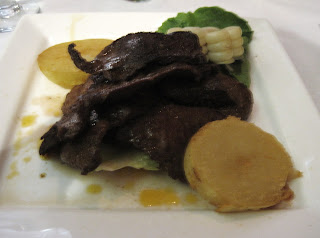 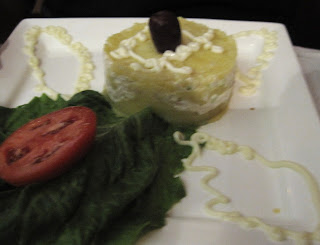 For entrees, we both chose red meat- both of which were served with the same potato + rice combination we enjoyed during the Spinal Tapa's meal. Though I prefer a little less done-ness, the meat was well cooked and had similar flavors as the heart (though with a different texture). Overall, I feel that the experience was relatively authentic which was surprising considering our location at the time- Smalltown, USA. 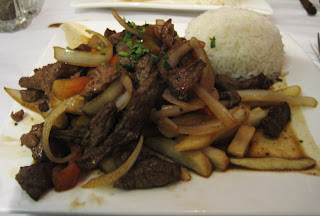 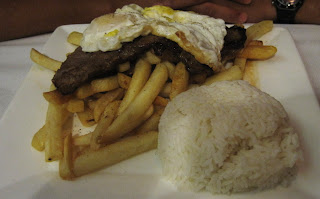 Since we had many other excellent meals including some terrific French food and Long Island seafood, this is just a brief recap of a weeks worth of eats. Vacation's provide a great opportunity to enjoy new cooking styles, dishes, and restaurants regardless of your destination! 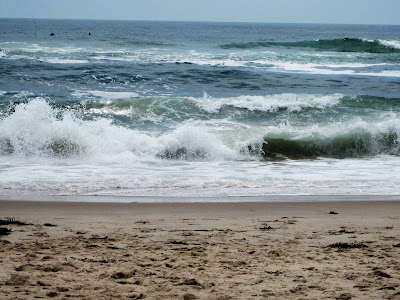