We recently helped form a book club with a small group of girls who share a common love of food.  This shared interest inspired a food-themed club, which is actually a rather general category of literature.  Our second meeting revolved around a book by blogger-turned-author Molly Wizenberg of Orangette.  The book, titled A Homemade Life, is a fantastic mixture of a memoir and a cookbook- with each recipe attached to a poignant short story. 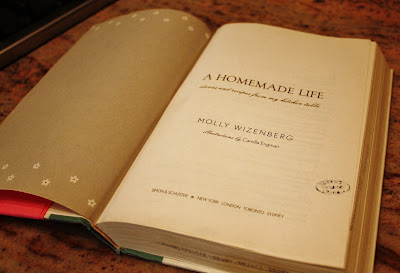 The stories traverse Ms. Wizenberg's life from childhood through her recent marriage, tying recipes together with common characters and general life experiences.  It brought A to tears at points- a rare effect of a cookbook.  We highly recommend it for the simple, delicious recipes, the touching stories, and a brilliant and attention-grabbing writing style.

Our book club decided to host a potluck as part of our get-together, so I sifted through the baked goods and salads for something a little more hearty.  I settled on a simple but completely unique recipe for Bouchons Au Thon- or as the author interprets this- tuna muffins. 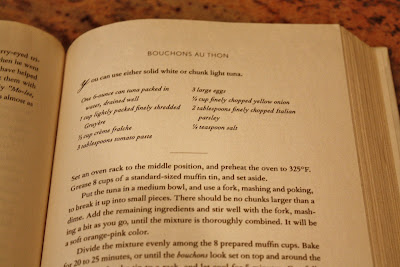 Based on a light dinner recipe from Ms. Wizenberg's Parisian study-abroad host mother, the idea of a fishy muffin is... weird, and slightly gross.  However, a second glimpse through the ingredient list convinced me to give it a go.  These really aren't muffins at all (no flour or sugar), but an egg, tuna and cheese mixture- "tuna quiche" might be a more appropriate translation. 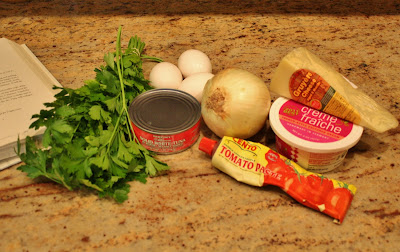 The instructions couldn't be more basic- simply mix together a handful of ingredients and bake.  The opening of a can of white albacore had our tuna monster pestering me for the leftover liquids.

I did have to exercise some basic cooking skills by chopping a bit of onion and grating a full cup of Gruyere, which translated to about 5 ounces of the semi-hard cheese.  I used the medium grate to ensure an even distribution of salty Gruyere throughout the mixture. 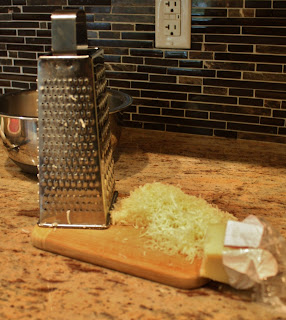 The recipe also calls for a second type of dairy- creme fraiche.  I am embarassed to say I don't think I've ever purchased this cream cheese-butter-sour cream combo before.  It has a fantastic texture similar to cream cheese icing with a rich, tangy flavor. 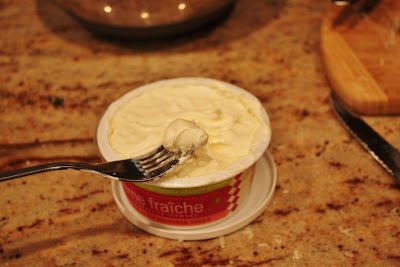 The combination of each of the ingredients into a bowl resulted in a slimy pile of unappetizing pink mush.  Unfortunately, I made these mere hours before our potluck dinner, so there was no turning back. 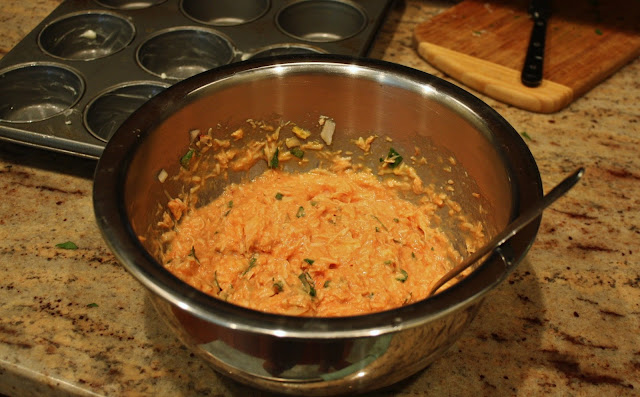 Using a generous amount of butter, I greased the heck out of 8 compartments of my muffin tin- it's known to encourage some serious stickage. 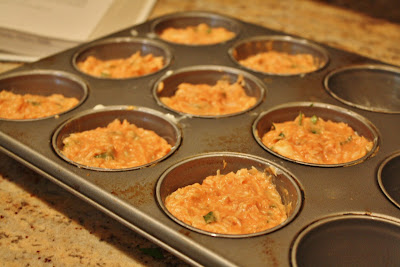 The recipe calls for baking at 325 for 20-25 minutes, but our oven runs cool so ours required 25 minutes at 340.  I then turned the heat off and let them sit in the oven for five additional minutes until I thought they looked completely set across the top.  Thankfully after baking they take on more of an orange-y brown color- a little like a corn muffin. 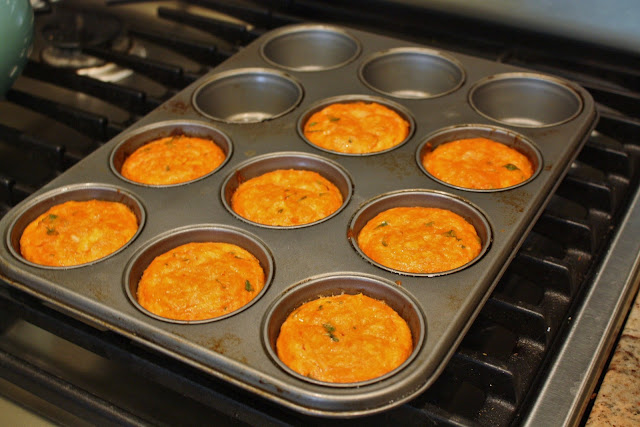 I was extra nervous about pulling them out of the tin, but a sharp knife tip around the edge and a large dinner spoon brought them all out in a single piece.  Cooling on a rack for about an hour allowed them to firm up even more. 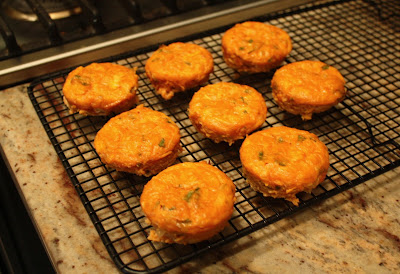 I am pleased to say that these tuna cakes (there were a few crab cake comparisons) were a big hit!  Although I'm sure everyone had some initial hesitation, the flavors of the tuna, tomato paste, and cheese combine in a seriously savory way.  The egg provides a custard-like texture which held its shape relatively well.  Baking these in a muffin tin keeps the portion size small- they would serve well crumbled over a salad or as a (high protein!) snack.

We got to sample several other dishes from the book, including a comforting vegetable soup, a fun arugula salad (with chocolate!), and a zucchini pesto pasta.

Thankfully one of the book club girls is a fantastic baker and took on two of the many sweets recipes to provide us with dessert- one from the book, and one from the blog.


We're absolutely loving our book club- reading books that we certainly would never read on our own, expanding our knowledge of food, and sharing good eats with friends new and old.  I've already recommended A Homemade Life to as many people as possible- it would make a great Mother's Day gift!
Posted by A and J at 11:47 AM